Sand Dunes Can Communicate With Each Other 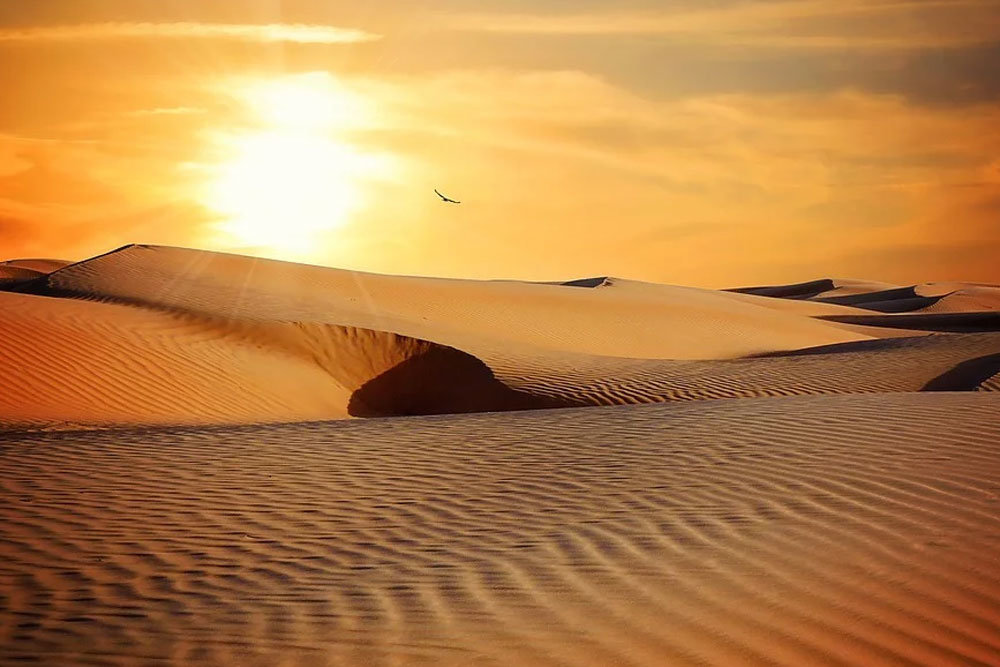 Sand dunes can “communicate” with each other. This was the conclusion of a team of scientists at the University of Cambridge, who discovered that as they move, the sand dunes interact with each other and even “repel” their current neighbors.

The results of the study, presented in the journal Physical Review Letters, are key for studying the long-term migration of dunes, which threatens shipping channels, enhances desertification and can cause significant damage to infrastructure, mainly highways, which are located in close proximity to sandy terrain.

When a heap of sand is exposed to wind or water, it forms the shape of a dune and begins to move downstream. Sand dunes, whether in deserts, on river bottoms, or on the seabed, are rarely found singly and usually appear in large groups, forming striking patterns known as dune fields or corridors.

Researchers found during observations that two identical neighboring dunes first come closer, but with time they move farther away from each other. This interaction is controlled by turbulent vortices from the rising dune, which push it downstream.

Most of the work on modeling the behavior of sand dunes is carried out mathematically, but Cambridge scientists have designed and constructed a unique experimental setup that allowed them to observe the long-term behavior of the dunes. The researchers created a circular flow in the installation so that the dunes could be observed for several hours while it was spinning, and high-speed cameras allowed them to track the flow of individual particles in the dunes themselves.

“Initially, I put a few dunes in the setup just to speed up data collection, but we did not expect to see how they began to interact with each other,” said study leader Karol Bachik, professor at the Department of Applied Mathematics and Theoretical Physics at Cambridge. Two dunes of the same volume and the same shape were placed in the installation. When a stream of water began to flow through the two dunes, they began to move. Initially, one dune moved faster than another, but as the experiment continued, its movement began to slow down until the two dunes began to move at almost the same speed.

As the experiment continued, the dunes became farther and farther apart, until they formed some kind of equilibrium on the opposite sides of the circular flow, remaining 180 degrees from each other. The next step in the study will be the search for evidence of large-scale and complex migration of dunes in deserts using observations and satellite images. By tracking congestion of dunes over long periods of time, phys.org notes, scientists will be able to determine how effective the current measures are to divert migratory dunes from infrastructure.