Satellites predict the end of the eruption of the volcano 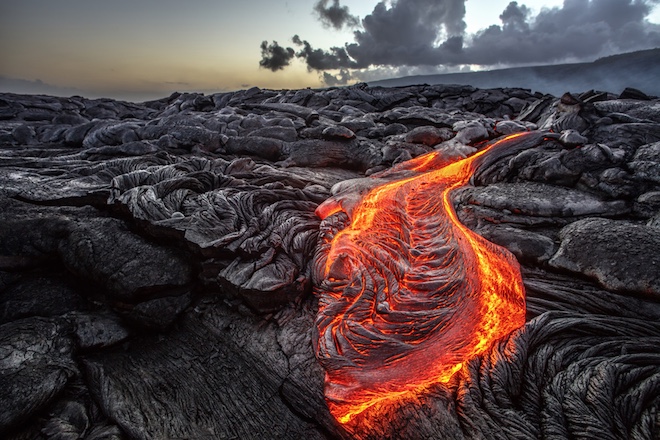 Researchers from the University of Hawaii in Manoa (UHM) and the School of Oceanography and Earth Sciences (SOEST) have discovered that infrared satellite data can help determine when the volcanic eruption will end.

Using NASA satellite data, the scientists tested the hypothesis first published in the 1981 article, which described in detail how the lava flow rate varies during a typical effusive eruption. The model showed that at the very beginning of the formation of the lava flow, the rate at which the lava leaves the vents rapidly increases to peak values, and then decreases to zero over a much longer period of time.

Professor Robert Wright developed a system that uses the infrared data of the NASA MODIS satellite tool to detect and measure thermal emissions from erupting volcanoes, which allows us to determine the speed of the lava flow.

According to the authors, the system monitors every square kilometer of the Earth’s surface every day up to four times a day, beginning in 2000. During this time, they recorded eruptions of more than 100 different volcanoes around the world. The database contains information on 104 eruptions of 34 volcanoes.

As soon as the speed of the lava flow reached its peak, scientists determined which point of the predicted decline curve corresponds to the current state of the volcano and, therefore, when the eruption ends. Although the model has existed for several decades, satellite data were first used to test the effectiveness of this method for predicting the end of an effusive eruption.

The ability to predict the end of the eruption is really important, as it will allow you to correctly plan the evacuation of people living nearby.

“The study is particularly relevant for the island of Hawaii and its active volcanoes,” said the author of the work from the University of Hawaii. “It is expected that in the future, the eruption of Mauna Loa will allow us to use this method to try to predict the end of the eruption from outer space.” In the future, scientists plan to use it as a tool for predicting ongoing eruptions in real time.