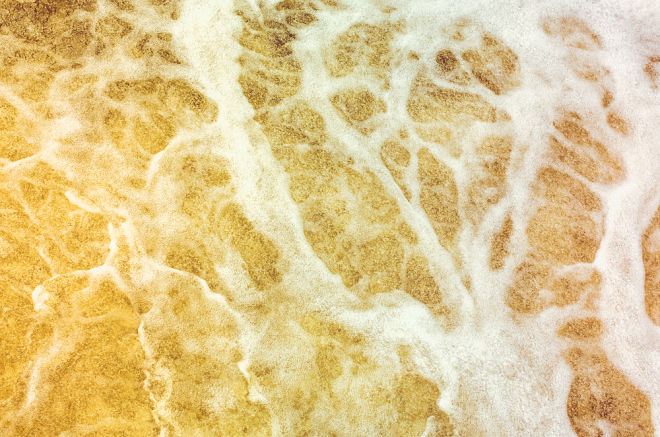 Scientists have discovered that a layer of “scale” on the sea surface can reduce the exchange of carbon dioxide between the atmosphere and the oceans by 50%. According to the authors of the study, the results of the work are of great importance for forecasting the future climate.

World oceans absorb about a quarter of all technogenic CO2 emissions, which makes them the largest long-term carbon sink on Earth. Sea turbulence enhances gas exchange between the atmosphere and the oceans, and it was still difficult to calculate the effect of biological surfactants.

Experts from the Environmental Research Council, the Liverhalm Foundation and the European Space Agency have developed a system that compares the effect of a surfactant in various seawater in real time. With her help, they found that surfactants can reduce the exchange of carbon dioxide by 50%.

“We investigated 13 sections of the Atlantic Ocean and found that biological surfactants inhibit the rate of gas exchange caused by wind. The warmer the surface of the ocean, the more surfactants we can expect and, consequently, the even greater reduction in gas exchange. That’s why this discovery is so important, “said Dr. Ryan Pereira from the University of Heriot-Watt in Edinburgh.

Scientists note that the surfactants do not necessarily look like oil stains or foam, and they are difficult to identify from satellites. In this connection, it is necessary to be able to identify the organic matter on the surface oceanic microlayer so that the exchange rates of gases such as CO2 and methane can be reliably estimated.

“Combining the results of the new study with the available satellite data allows us to consider the effect of surfactants on gas exchange throughout the Atlantic Ocean, helping to control the level of carbon dioxide on a global scale,” said Dr. Jan Ashton of the University of Exeter.