Schoolboy from Pakistan has solved the riddle of “electric honeycombs” 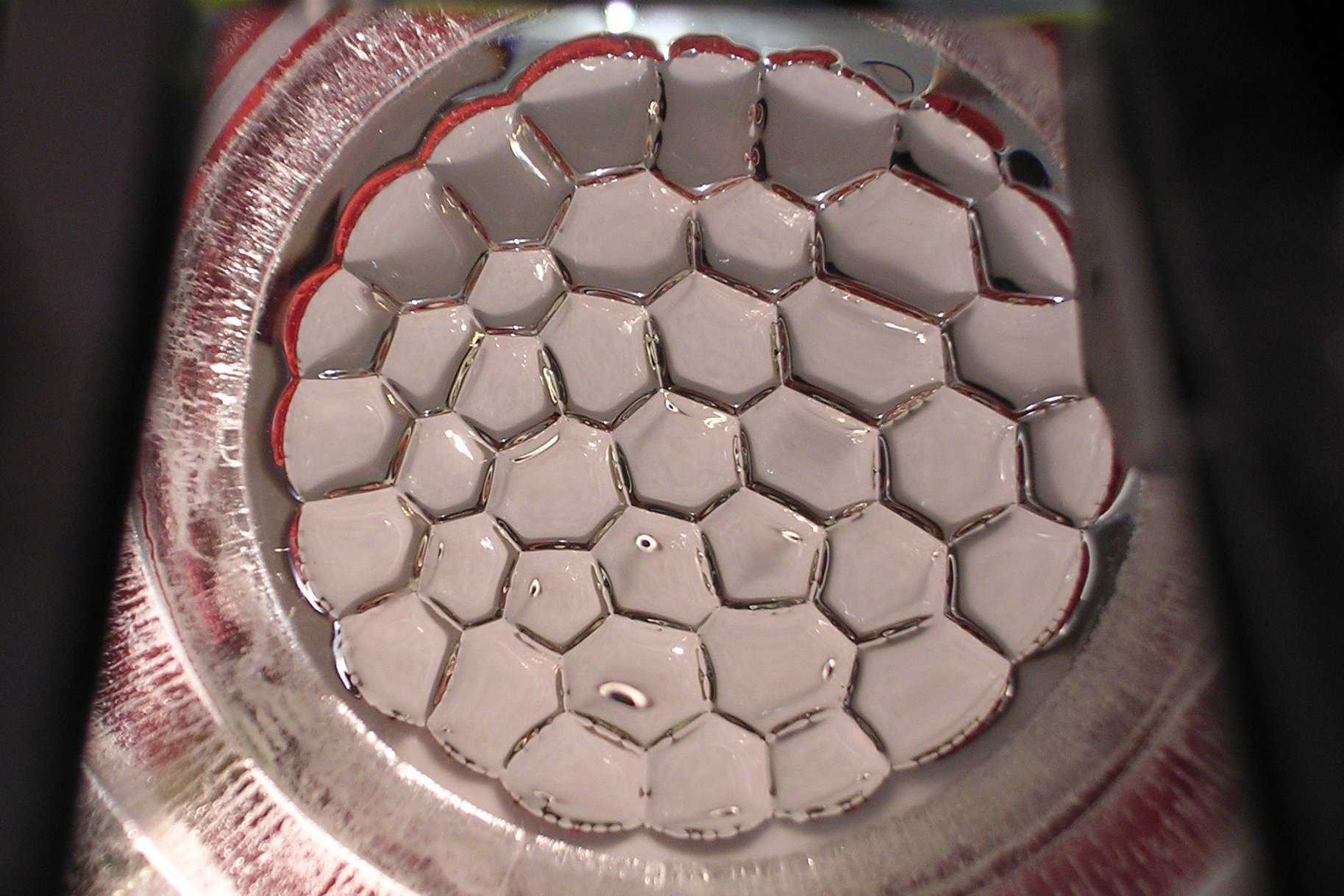 A seventeen-year-old schoolboy from Pakistan found the answer to the old question of electrodynamics about the mechanism for the formation of “electric honeycombs” and published a paper in one of the most famous scientific journals of the world.

If you take two electrodes, one flat, another long and thin, and pour oil over the surface of the flat electrode, you can make “electric honeycomb”. The electric charge accumulates at the end of a long and narrow conductor (needle), and sooner or later the air between it and the oil breaks through the corona discharge. Electrons from the tip of the needle, trying to go to the plate of the second electrode, are on the surface of the oil. Oil is a bad conductor, electrons do not pass through it right away. First they travel on the surface of the oil, ionizing its molecules. On the surface of the liquid, a recognizable cellular structure resembling a honeycomb is formed. While the electrons do not reach the bottom electrode, the entire system resembles, according to the Spanish physicist Alberto Izquerdo, zaplutivshuyu lightning. 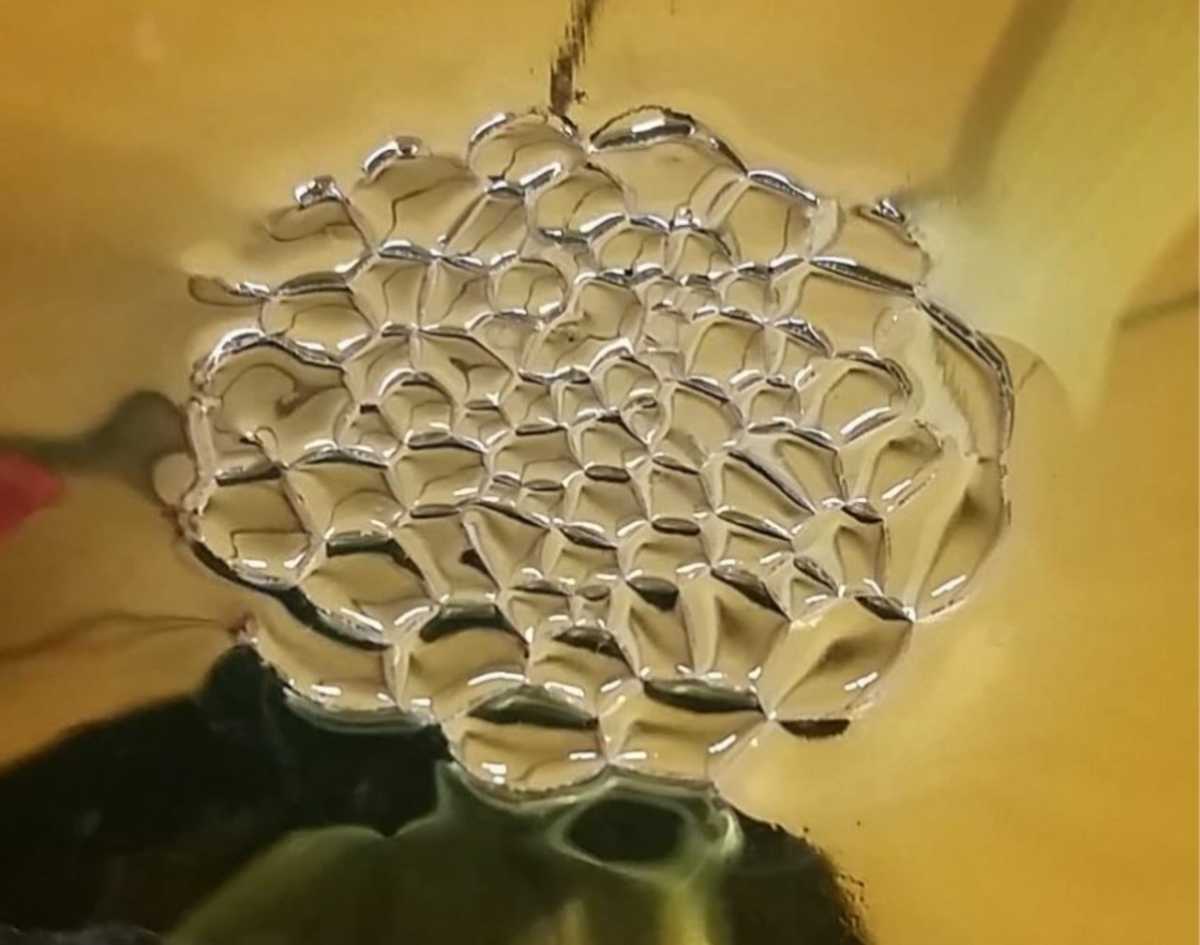 In the English literature, this is called rose window instability, because the short-lived electrodynamic system that occurs after the breakdown resembles the pattern of the openwork socket of a Gothic cathedral. The phenomenon of “electric honeycombs” was known long before the Pakistani high school student Muhammad Shahir Niazi first saw him. In 2016, he went to an international tournament of young physicists, where he repeated experience with oil and electrodes; Then he came up with the brilliant idea: to photograph the surface of the oil with a thermal imaging camera to find out how the energy of the system changes with ionization.

First, electrons ionize the oil molecules. The ions are distributed over the surface of the liquid into groups that grow as the potential difference between each ionic group and the electrode plate increases. The larger the group, the stronger it tends to go down to a positive charge. As a result, small pits are formed on the surface of the oil. Within a few milliseconds, the tubules form between the holes, so a polygonal structure is obtained that balances the system.

To show how the corona discharge creates an area of ​​elevated temperature and inhomogeneous density in the air and on the surface of the oil, Niazi took a few shirls using the Schlieren method, which is used to visualize the convection currents that are invisible to the eye. Then the young physicist removed the cellular structure with a thermal imaging camera and showed how the charge distribution in the liquid increases the internal energy of the system; the surface temperature of the oil rises within five minutes after the discharge and falls only after the electrons released by the needle reach a flat contact. 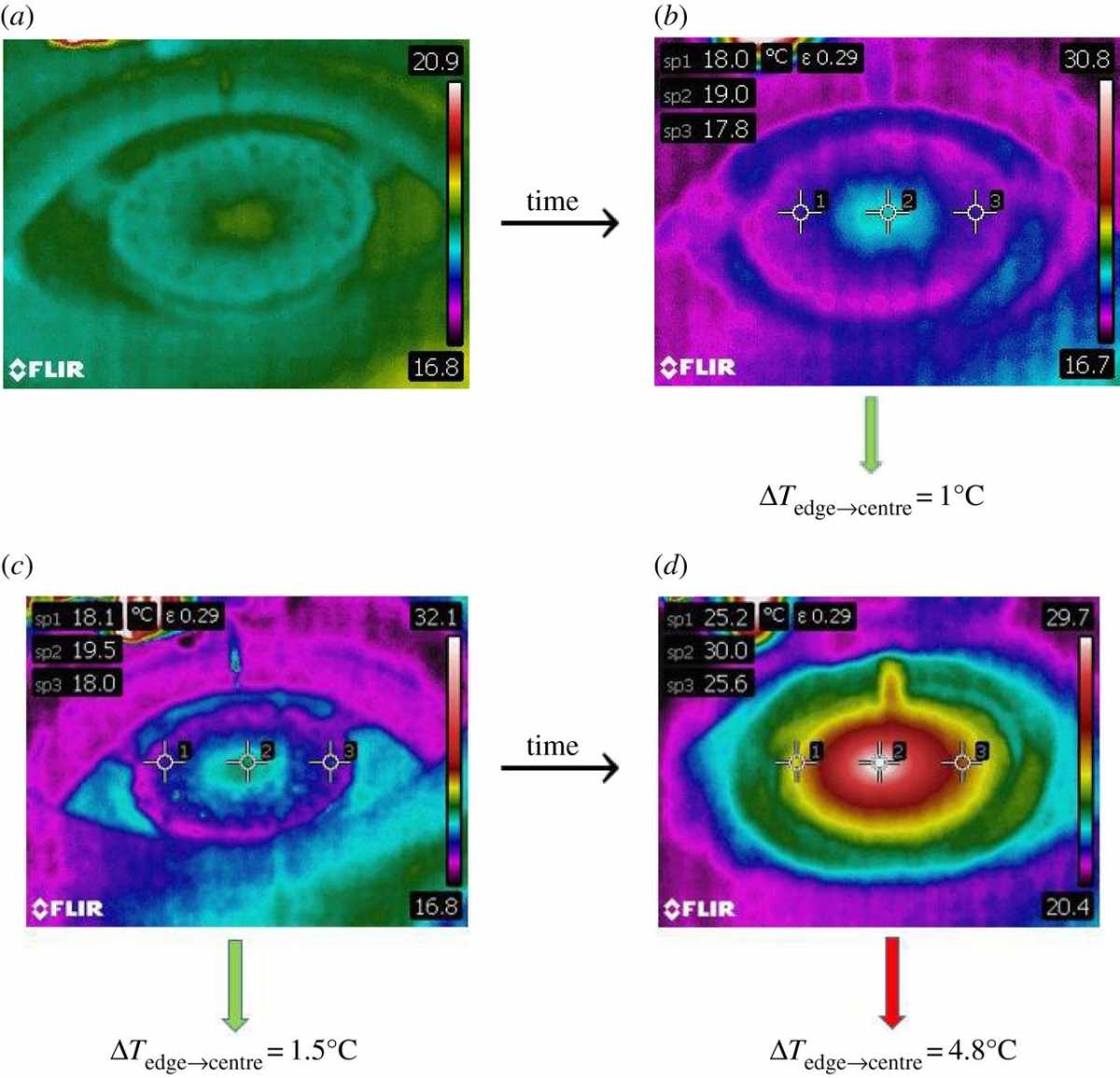 At the end of the experiment, Niazi overshadowed a part of the liquid surface with an “ionic shadow,” in other words, blocked the flow of electrons over a part of the surface with a conventional ballpoint pen. Niazi showed that in the absence of ionizing charges, the polygonal structure is not formed, and it means that the migration of ions over the liquid surface explains the formation of “electric honeycombs”. The results of the work of Niazi published yesterday the magazine Royal Society Open Science. The boy intends to continue research and dreams about the Nobel Prize, tells The New York Times.