Scientific theories about the nature of death 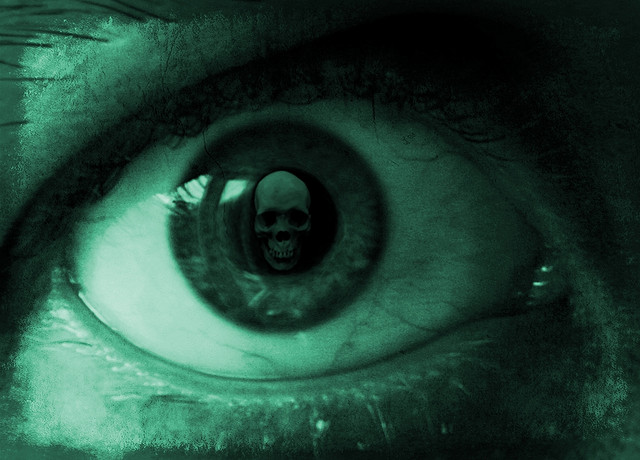 Like this? What would we feel? If we ever fight it? Death, as we know, will sooner or later come to everyone. However, it still remains insufficiently investigated, because it is actually the end of everything, because we can’t safely say what happens during and after death. Another stumbling block is the huge role of death in human culture, as in the symbolic and emotional sense. That’s why the topic of death is taboo.

Agree, hard to imagine a situation where a person is intentionally brought to clinical death to see what will happen. Not less strange looks and a scientist with a Notepad running around the waste in the world other person, in an attempt to identify key changes in the processes of life, thus touching on the run, grieving family members and relatives.

That though as-that to unravel the mystery, scientists are trying to piece together all those sketchy knowledge that they have, and making many unusual and absolutely not similar to each other theories. Some focus on the nature of death, the other is based on our attitude to it, and some even argue about the possibility to avoid it, though, and not give it guarantees.

There are even versions that call into question the very existence of death – is that just an illusion? Thus, scientists slowly lifts the veil of mystery around the issue of death, but what do they offer?

First things first, please, don’t try to experiment with this theory at home.

The idea is based on the hypothesis of the “many-worlds” interpretation (or interpretation of Everett). The essence of this interpretation is to ensure that each event involves dividing the universe into two or more parallel universes, each of which represents one of the possible outcomes of this event.

An excellent example can serve as a theoretical experiment, schrödinger’s cat, which, once in the situation of possible death, will be dead and alive at the same time: in one version of the universe he will be dead and the other alive. Accordingly, the cat will only know about one universe – one in which he survived (the other he, as mentioned, will die, and therefore know nothing). The theory is known, but the risk is still not worth it to experiment for yourself.

We are not aware of the true nature of death

This philosophical concept is that we really have no clear 100% right life: even provided by the NASA variant has its drawbacks. NASA claims that life can be called any self-sustaining chemical system capable of evolution. But in science there are different forms of existence, such as the crystals that meet this definition, but we don’t call them alive, and the process called imitation of life.

Another important question — what is consciousness? If it stops with brain activity or continues to exist in the form of the soul? From the point of view of quantum mechanics the answer is “maybe.” But quantum mechanics gives rise to more questions than answers, so in the end nobody knows for sure. But if we really do not know what life is, we cannot know what is death.

Death is always associated with the end, but from a scientific point of view there are three types of death, and some of them can be overcome, therefore, death may be reversible.

So, there is all known clinical death – it is called the reversible stage of dying. In this case, stop the heart, the lungs, but brain activity does not stop. It was after this kind of death many people “return” to life.

There is also brain dead. It is easy to guess that in this case, the brain ceases to function: the internal organs can be maintained using various devices, but can this be called life? These patients doctors often together referred to as “vegetables” since no human activity in these patients is not observed, but their internal organs work (as long as they are connected to the machine) and call them not dead, but in itself is brain death irreversible.

The last type – biological death: the body can no longer maintain its vital functions. This death is irreversible and its final stages are Mortis and decomposition.

With age the fear of death disappears

You probably thought that the closer one comes to death, the more he fears it. Scientists have proven that this is not true: older people are significantly less afraid of death than young people.

Most of all, according to the study, people experience fear of death at the age of approximately 20 years. Further, the fear of death is reduced uniformly, except, perhaps, only the non-durable period of midlife crisis. To 60 years, a person comes to a state where he is ready to face death with humility and calmness of a Buddhist monk.

Thus, researchers believe that the level of fear of death depends on age, because during the experiment were interviewed ladies completely different age groups. However, the experiment was run for only a specified period of time, and, therefore, there is no guarantee that the identified differences in the perception of death is dictated by the age and not to differences between generations. In other words, we cannot be sure that today’s young people, reaching a certain age features, to change its attitude to death, because respondents pensioners are members of an entirely different generation.

Thinking about death can make you a fanatic

Studies show that, despite the fact that we have become less afraid of death, thoughts of her have a weird effect on our perception of reality. So, thoughts of death affect our religious beliefs, political preferences and sense of morality. It turned out that the common thinking about the perishability of life make us more religious, conservative, evoke racist and nationalist tendencies and make us more rigid in matters of morality.

In psychology these phenomena are found in the so-called control theory of pain of death, according to which the society, having constant access to information about the inevitability of death, begin to vent their fear through other spheres of life. Usually this applies to those aspects of our existence that are associated with symbolic immortality: family and children, national identity, social norms and the rejection of outsiders.

No, it is not the name for a rock band. The term “spiral of death” is often seen as the fourth phase of life that precedes death. Scientists believe that the “spiral of death” is part of the genetically programmed process of dying of a living organism. At this stage all forms of activity and slow down.

For the first time this phenomenon was discovered in fruit flies flies: the death spiral they were expressed in the decline of fertility (the flies stopped laying eggs and look for partners). All of these effects did not depend on the age of flies, and were connected only with the approaching end, being not so much a result of the proximity of death as an omen.

In the case of a man “spiral of death” will be expressed in reducing the need for food, toilet, and a deterioration in brain activity and reducing mental activity. Although scientists do not plan yet to use the “spiral of death” for predicting the time of death, they talk about the possibility of reducing this period that will improve the quality of life.

Many people have near-death experiences, is it possible to use their experience in order to obtain new information about the phenomenon of death? Even if not to take into account the theory that the soul actually leaves the body at the time, 13 million people can’t invent the same thing. What causes such similar feelings?

One of the most common visions during clinical death – the motion of one tunnel to the bright light at the end. This can be caused by a lack of blood flow and oxygen to the eyeball.

As for the wanderings of the soul, which supposedly leaves the body during clinical death, it is possible to explain the functioning of the nervous system. Neuroscientist Andrew Newberg believes that the feeling of flight and memories occurring during near-death events are a result of the sympathetic and parasympathetic nervous systems. The fact that the parasympathetic nervous system is responsible for our actions in emergency situations, and the parasympathetic the opposite – soothing. Usually they act on the body in turn. However, during clinical death, fails, and the simultaneous operation of both systems causes an increase in brain activity that can cause intense visions and feelings.

As for the visions of dead relatives or return to the past, this phenomenon may be caused by gradual death of brain cells, or just be a protective mechanism of the psyche.

Our time is limited?

We have all heard that over the last century the human life span has increased by around 10 years. In fact, people simply were more likely to live to a good old age, and the duration of human life has not changed. In history only one recorded case when he has already transcended this critical threshold, which is 120 years old. Why, despite the development of medicine, we have not increased that figure?

Scientists believe that it’s all in the Hayflick limit – it represents the possible number of cell divisions, after which she dies. This limit is incorporated into the DNA of every species on the planet. This indicator is to explain such striking differences between the average life expectancy of, say, a hamster and Galapagos tortoises.

A natural upper limit on the duration of human life – 120 years (taking into account all kinds of diseases, etc.). But if humanity will find a way of dividing the cells without damage, the Hayflick limit can be increased, and then we can put the question of a possible, but still hypothetical, immortality.