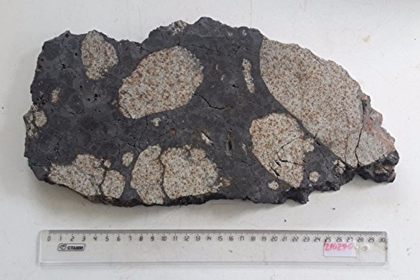 In Chelyabinsk, the court sentenced to probation a scientist who stole a piece of a fallen meteorite. This was reported on Tuesday, December 4, by the Assistant Prosecutor of the Chelyabinsk Region, Natalia Mamaeva.

As the court found, Sergei Kolisnichenko, a representative of the Siberian Branch of the Academy of Sciences, received an impressive fragment of a meteorite from the staff of the Chelyabinsk Museum of Local History, under the pretext of research. The cost of the assigned piece of the famous meteorite weighing 2.5 kilograms is about 1.5 million rubles.

The geologist was charged with fraud on a large scale. He is sentenced to one and a half years imprisonment. In court Kolisnichenko pleaded guilty and repented of his deed.

The press service of the regional UFSB told reporters that the leadership of the museum, where the meteorite was stored, last year appealed to the special services with a statement about the disappearance of a large fragment. The exhibit was discovered in a private collection of a geologist who provided consulting assistance to the museum.
A fragment of the meteorite is material evidence in a criminal case, it will return to the museum after the sentence enters into force.

The meteorite exploded in the sky over the Chelyabinsk region on February 15, 2013, residents of the neighboring Sverdlovsk region and Kazakhstan saw a bright flash in the sky. The blast wave in Chelyabinsk smashed windows in buildings, the roofs of buildings were damaged, and a half thousand people were injured from shrapnel. The wreckage of the car fell into the lake Chebarkul, from the bottom of the reservoir raised the largest fragment weighing 600 kilograms.