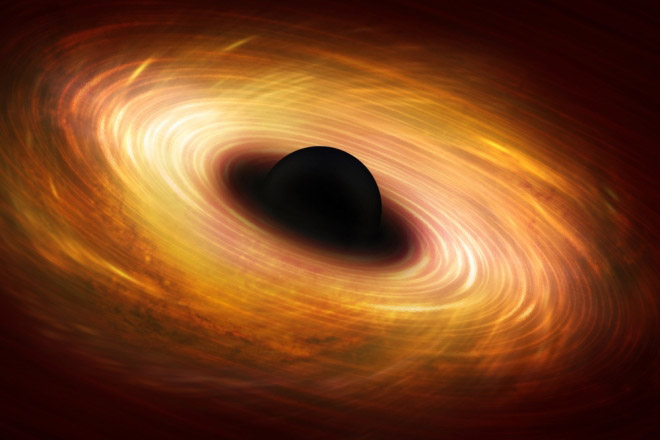 An Israeli scientist has created a simulation of a black hole in our own laboratory. The success of Jeff Steinhauer research confirmed theoretical physicist Stephen Hawking. Acoustic black hole that traps sound instead of light, still allows a small amount of sound to escape its strong gravity.

Jeff Steinhauer single-handedly created the model of the mysterious cosmic phenomenon in the lab in Haifa (Israel): “Working on another experiment, I suddenly saw this phenomenon, the atoms travelled at supersonic speed, this analog black hole, acoustic black hole”.

To create the first black hole to Steinhauer managed in 2009. Today scientist uses mirrors and lasers to cool atoms nearly to absolute zero, creating a flow of Bose — Einstein. A thread enters the vacuum, and the blue laser causes a black hole.

To put it simply, imagine that the flow of Bose — Einstein is the river. Upstream water flows with low velocity and then reaches the waterfall, which is equivalent to the edge of a black hole. Waterfall accelerates the stream that rushes by grabbing everything that comes his way.

Hawking has not commented on the experiments of Steinhauer. The scientist himself said that his black holes are not dangerous. “It’s not a real black hole, it only absorbs sound waves,” says Steinhauer. At the moment, the Israeli machine has already created more than 4 thousand black holes.