Scientist: global warming will “return” the Earth 35 million years ago 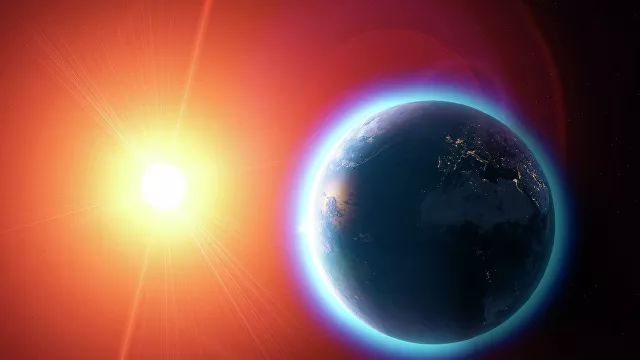 The global temperature is growing in the worst-case scenario due to greenhouse gas emissions, in the coming years it will reach the levels that were observed on Earth 35 million years ago, said Alexander Chernokulsky, a senior researcher at the Institute of Atmospheric Physics of the Russian Academy of Sciences.

As specified on the website of the All-Russian Geological Research Institute, in the Paleocene epoch, to which the period designated by the climatologist belongs, the ancestors of ungulates, condylarts, woolly wings and marsupials appeared on Earth, and at the beginning of the Eocene – many representatives of modern orders. By this time, the higher anthropoid primates also appeared. Terrestrial forms reached their maximum size, giant rhinos appeared. Bony fishes conquered all sea and freshwater bodies of water.

“It is shown how the temperature has changed over the past seven million years … It can be seen that our temperature has been decreasing recently. What now? … It is shown how the global temperature can rise under different scenarios. Under the” business as usual “scenario (the amount of anthropogenic greenhouse gas emissions gases are not decreasing), along which we are still walking, all indicators say that we are walking along it, the temperature will return the planet about 35 million years ago, “Chernokulsky said during a speech at the Ecochashka green ecological film festival …

As the scientist clarified, global temperature is one of the climatic indicators, so it cannot be said that giant rhinos will reappear on Earth.