Scientists: 700 million years ago, the skeleton existed not only in microorganisms 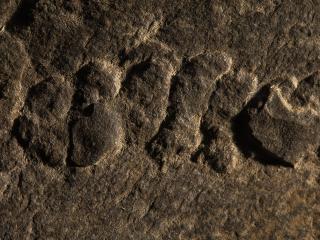 Researchers of the AA Trofimuk Institute of Petroleum Geology and Geophysics of the Siberian Branch of the Russian Academy of Sciences (RAS) together with colleagues from France and the United Kingdom discovered a skeleton of ancient organisms up to 20 cm in size on the territory of the Arctic, which lived approximately 700 million years ago. Earlier it was believed that in this time period the skeletons were only in microorganisms, according to the official publication of the SB RAS “Science in Siberia.”

“In the fossil record of the Earth, the most famous ancient skeletal remains belonged to microorganisms that lived about 700-650 million years ago, Siberian scientists together with colleagues from Great Britain and France for the first time managed to prove that in fact paleopassichnids are organisms up to 20 cm in size, the time period is precisely the skeletal organisms, “the report says. The material for the studies was selected at the Olenek uplift of the northeast of the Siberian platform.

According to TASS, a researcher at the Precambrian Paleontology and Stratigraphy Laboratory of the Institute Anton Kolesnikov, the discovered skeletal remains belong to the Ediacar biota complex. “It was believed that she [the Ediacaran biota] was previously represented by soft-bodied organisms of the medusoid type, they have solid tissues, but there is no skeleton.” And now we found out that some of its representatives had an external skeleton, “the scientist added.

In the future, paleontologists plan to conduct an audit of organisms belonging to the group of paleophysichnids, which previously could have been described under other names.