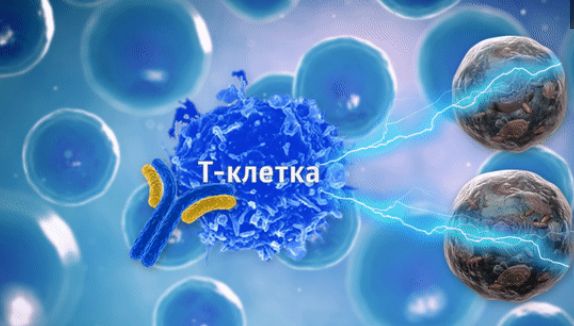 American scientists accidentally discovered an antibody that joins the immune cells and causes them to attack a cancerous tumor, according to an article published in the journal Science Immunology.

“As a neuroscientist, I never thought I would publish an article related to cancer immunotherapy.” When we studied a specific group of T cells that supposedly prevented the development of autoimmune diseases, we had the idea that if cancer is a kind of antipode for these disorders, then we can use Our experience in order to include the immune system, and not turn it off, “said Howard Weiner of Harvard University (USA).

According to scientists, the immune system usually copes well with the containment of primary tumors. But when cells acquire the ability to move on their own, metastases arise, which the immune system for some reason simply does not see and does not try to suppress.

On the other hand, immune cells rarely enter the tumor and begin to destroy it from the inside. The causes of this phenomenon are still a subject of discussion among doctors and biologists. Many scientists believe that cancer cells can produce special “panic signals”, because of which the so-called regulatory T cells, the main conductors of immunity, do not allow other immune cells to attack the cancer.

According to Wainer, his team has been working for several years on the treatment of multiple sclerosis – an autoimmune disease, with the development of which immune cells attack brain neurons. Scientists hoped to create an antibody that would teach these cells not to attack nervous tissue and switch them to real threats to human health.

Experimenting with mice, biologists noticed in the brain of healthy rodents unusually many special T-cells that were not in the nerve tissue of mice with multiple sclerosis, but which were in large numbers present in cancer tumors.

This discovery led Winer and his colleagues to believe that such cells can interfere with other cells of the immune system to penetrate into cancerous tumors. Scientists tested this idea with antibodies designed to suppress T cells during experiments on the brain of mice.

By adding these antibodies to immune cell cultures, the researchers found that their anticancer activity increased markedly by blocking the ability of T cells to produce “panic signals”, beta-TGF molecules that repel lymphocytes that kill single cancer cells outside the tumor.

Then the scientists checked whether these antibodies could help to destroy the tumor in mice. Implanted rodents several cultures of cancer, scientists injected antibodies into their blood and tracked whether it would affect the growth of cancer cells.

As the experiment showed, the antibodies did force the immune cells to penetrate the tumors, and as a result their growth either slowed down or completely stopped. A similar reaction was observed immediately for several types of cancer – melanoma, colorectal cancer and brain cancer. Moreover, repeated implantation of the tumor a few months after such treatment ended in failure – the body of mice developed a kind of immunity to cancer and actively defended against it.

As noted by Winer, this discovery has become interested in the company Tilos Therapeutics, which will help scientists adapt these antibodies to work in the human body and conduct clinical trials. This process, according to the most conservative estimates of biologists, will take several years, so do not expect that drugs for cancer based on such antibodies will appear in hospitals tomorrow.