Scientists again do not know where the moon came from 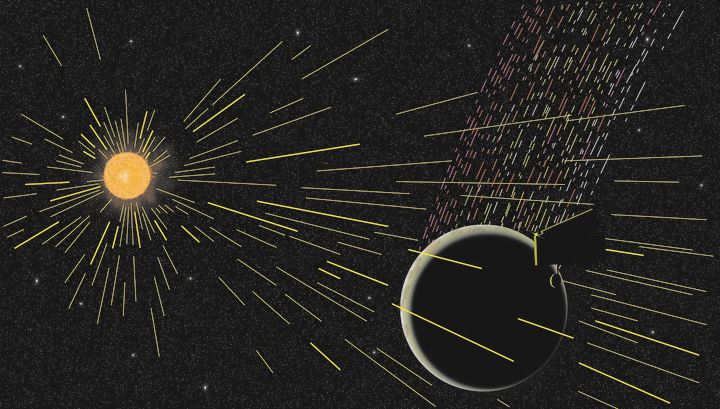 New data has called into question the most popular theory of the appearance of the moon. There was too much carbon on the Earth’s natural satellite for Selena to form from a hot cloud.

Details are set out in a scientific article published in the journal Science Advances.

According to the most popular theory of moon formation among experts, more than four billion years ago, the planet Teia crashed into the Earth. Due to the colossal impact, huge masses of matter were thrown into space in the form of gas and red-hot dust. Part of this substance fell back to our planet, and from the remaining material, the Moon formed over time.

This theory links together many facts. Among them, a significant inclination of the Earth’s axis (it may be a consequence of that impact) and the chemical composition of lunar rocks brought to Earth by astronauts. But now astronomers have obtained data that are very difficult to explain in the framework of this model.

We are talking about the flow of carbon ions, measured by the Japanese orbital apparatus KAGUYA for a year and a half. Scientists have discovered that almost all of Selena’s surface exudes these particles. On average, 50 thousand ions per second are sent from a square centimeter to space. This is significantly more than could be expected, even taking into account that part of the carbon arrives on the moon with the solar wind and micrometeorites.

In addition, basalt plains spew more carbon than mountainous regions. This also suggests that the element is of local origin: the lowlands covered with hardened lava are relatively young and have not yet managed to lose their carbon reserves.

But the most common carbon compounds (such as carbonates) do not withstand high temperatures. They decompose, releasing carbon into the environment in the form of carbon dioxide, which is forever scattered in space.

How could significant reserves of this volatile element be formed on the moon, formed from a red-hot cloud? There is no answer yet.