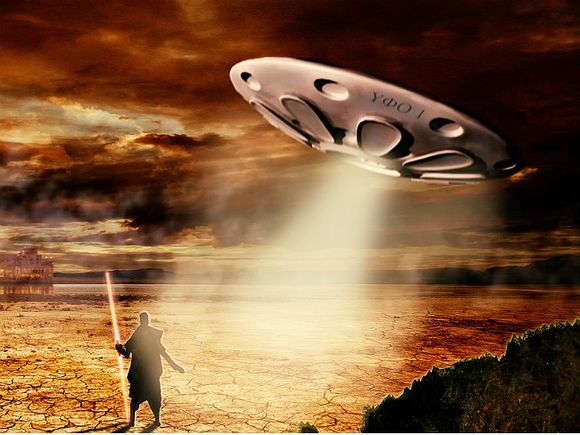 Humanity still has not found intelligent extraterrestrial life due to the fact that in the Universe there is a private club of aliens who actively communicate with each other and conceal their existence from the Earth and its inhabitants.

Scottish astronomer Duncan Forgan of St. Andrews University decided to test the plausibility of the hypothesis put forward by Fermi. The latter stated that there is a galactic club, which included advanced alien civilization. They decided to keep the insulation in the barbarians from the Earth, because they are not yet worthy of communicating to higher intelligence, reports Arxiv.org.

However, some scientists argue that the aliens are unable to organize such a club because of the difficulties in communication and the inability to hold all extraterrestrial civilizations from accidental contact with humans.

Forgan became interested in this problem and counted the number of civilizations in the milky Way that occurred since the emergence of galaxies to the present day, defining the number of possible cultural connections between them.

As shown by calculations, the existence of a single club of the aliens is impossible because of the huge distances between different regions of the Galaxy, however, the presence of multiple local coalitions of aliens, able to effectively communicate with each other, can solve the problem of insulation of the Earth.

It is quite possible, if civilization of aliens will appear next to each other infrequently and will exist for over 250 thousand years. Humanity, according to preliminary estimates, lived on Earth about 190 thousand years.

Of course, all of these calculations, as stressed by Forgan, do not say that such unions aliens do exist. They simply indicate that the existence of a private club, covering the whole Galaxy, is unlikely.

Much more likely the emergence of local coalitions of newcomers, hiding from humans independently from each other, said Forgan.