Scientists and the military went on the sinister island of Matua 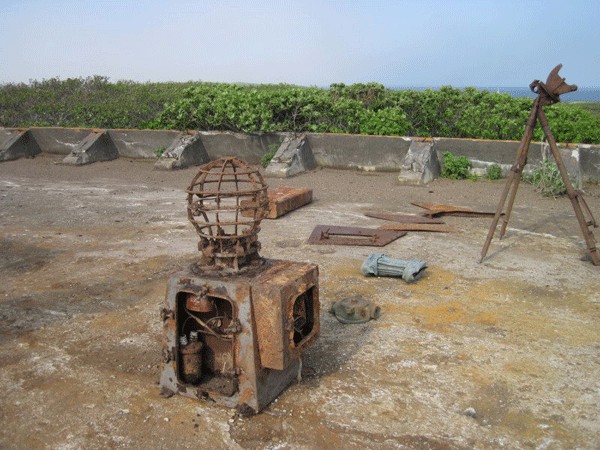 Pacific fleet ships with scientists from the Russian geographical society went in the direction of the Smoke. Endpoint — the island of Matua. During the Second world war it was occupied by the Japanese base and, quite possibly, the laboratory, which could create chemical weapons.

From the port of Vladivostok to the Kuril archipelago departs a large landing ship “Admiral Nevelskoy” and several auxiliary vessels of the Pacific fleet. This is a joint expedition of military and scientists from the Russian geographical society.

The rate — on Matua island, which during the Second world war the Japanese turned into an impregnable fortress with all-weather airfield, the runway of which was heated due to the hot thermal springs, and underground structures in several floors. More than 3 thousand soldiers of the Japanese garrison of the island surrendered without a fight on August 25, 1945, but prior to surrender, they blew up the entrances to the dungeon, thereby to conserve them.

The mysterious island started to reveal his secret only recently, when after a volcanic eruption and earthquakes began to change its landscape, and the once hidden military installations became apparent.

The leader of the expedition, Deputy commander of the Pacific fleet, Andrey Ryabukhin said: “Organized the expedition with the purpose of possible prospective location of deployment of forces, Pacific fleet. This is the main goal, and it solved a number of tasks, which provide the main goal. It’s like an engineering investigation and study of the fortifications that remained from the times of the great Patriotic war in order to further their use for other purposes.

Previous expeditions found on Matua laboratory equipment and gas masks. The military said that it is possible that there was a secret production of chemical weapons, which Japan during the Second world war actively used against China. The remoteness of the island serves as another argument supporting this version, so it will a chemical exploration.

Professor, Department of military toxicology and medical protection of Military medical Academy named S. M. Kirov, doctor of medical Sciences Vladimir Ranik said: “There still existed the airport. The Japanese had bombs of 50 kilograms. It is also an indirect indication of the possible presence of chemical weapons or their components on the island. If you will find something similar, in any case not to take in hand, no action to take — only to inform the leadership of the expedition. For this there are special teams that will determine what the substance is. And will be taken measures.”

Security, in particular, will provide representatives of the Military medical Academy. The task of the expedition was to explore land, the seabed, the dungeon and eliminate all possible hidden threats.

After the war it took seven decades, but still remains a mystery where the samurai Delhi ammunition, weapons and military equipment. In addition to rifles, the Soviet troops here found nothing. Perhaps the arms were thrown into the volcano or still is in the underground arsenals. To get to the truth, we bring a ground-penetrating radar equipment, heavy equipment and drilling rig.

Island we go, now uninhabited, so all the necessities of life on it and research expedition takes with him. Here, for example, a diesel generator, which will supply electricity to the entire camp, cell biology and chemical laboratory for Express analyses, water tanks, tents, even the wood — because on the island there are trees, there is a solid stones.

We carry with them even the ship — a small barge, which will operate between the cargo ship and shore. To moor there will be nowhere, so have to get on the roads a few kilometers from the island.

Three days ‘ journey along the coast of Primorye was held in calm. A day pass for 200 nautical miles. And here appears on the horizon of Sakhalin, and in the sky — the plane with the flag of the rising sun. GPS Navigator shows that we are near the La Perouse Strait, a Japanese territory. And here the aircraft reconnaissance Japan next to our ship. Apparently, collects intelligence information. Making three circles, the plane returned to its shore, and we went out in the sea of Okhotsk. Near the Southern Kuril Islands, we were accompanied by windless weather, and on the way to the Middle then the winds came — the usual for this time of year.

A sudden onslaught of a wind storm that knocks down and disperses in the sea, big wave, made an expedition to wait in a relatively quiet Bay of the island of Simushir. We have to stand here for a day or two, waiting for weather, because of the design features of our ship — flat-bottomed it — we can’t go on the sea with waves more than 3 points.

The sea — 4 points, tie trying to straighten the ship so that it’s nose was cut wave — so less shakes. The next day the wind calmed down a bit, we weighed anchor and continued on his route.

And here we are off the coast of Matua. The snow here is still melting, the ocean with strong winds. Ahead — unload and setup camp, it will take a few days. And then a few months — on study island.