Scientists are close to unraveling the secret of long-livers 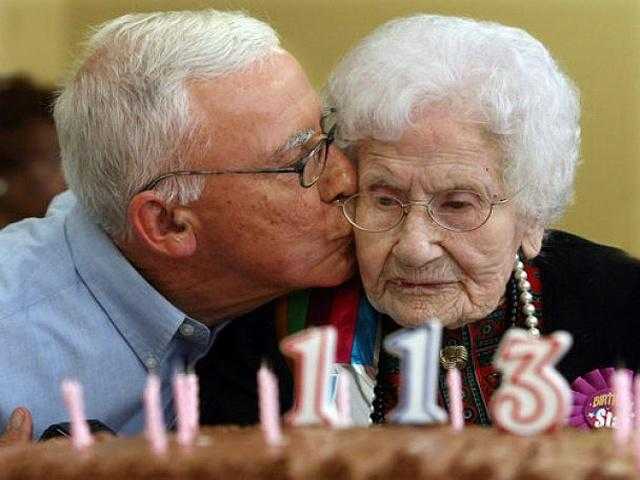 Researchers believe that the mental health of the elderly contributes to the increased number of neurons von Economo. In addition, it is proved that it is not affected by drinking and smoking.

Long-livers have long worried the minds of scientists, but now researchers have revealed that they have unraveled the secret of why some people live much longer than 80 years, while maintaining cognitive abilities at a level comparable to those of people who are younger for decades.
Cognitive (cognitive) functions are the most complex functions of the brain, with the help of which the process of rational cognition of the world is realized and targeted interaction with it is ensured: perception of information; information processing and analysis; storage and storage; exchange of information, construction and implementation of a program of action.

Professor Emily Rogalsky of the Northwestern University of the USA, speaking at the annual meeting of the American Association for the Advancement of Science in Austin, spoke in more detail about the study conducted with colleagues.

A group of scientists studied the brain of 10 centenarians after their death. They found that these people had significantly more brain cells, known as von Economon’s neurons, than 50-60-year-old people.
Spindle-like neurons, or von Economon neurons (named after their discoverer Constantine von Economou), described in 1929, are a special class of neurons. These are very large cells relative to other brain cells, and they allow a fast process of transferring information over the comparatively large brain of anthropoid, proboscis, and cetacea.

“Long-livers have more neurons as a backdrop to economics than even 20-year-olds! But so far we can not explain it, “Rogalsky said.

Further studies have shown that there are other differences in the brain of long-livers and other people. Thus, it has been established that in the brain of people who lived more than 80 years, the amyloid protein substance could be present, which leads to the formation of plaques causing Alzheimer’s disease and dementia, but such people retained cognitive abilities while remaining resistant to these senile diseases.

In addition, the researchers found that bad habits such as smoking or drinking alcohol do not necessarily lead to early death. But the insufficient body mass index in the elderly directly affects the life span.