Scientists are concerned about the amount of algae in the ocean 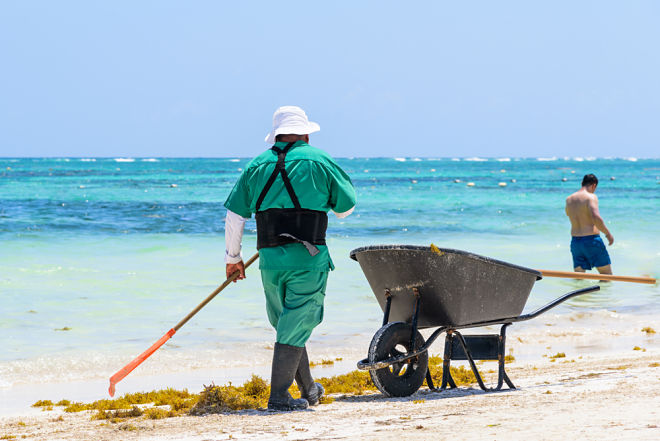 Scientists are concerned about the fact that brown algae began to multiply in large quantities, they began to be found even where they had never been before.

A study of the North Atlantic showed that sargassum, or “sea grapes,” brown seaweed, began to grow very abundantly. Algae are noticed even in the open ocean between Africa and South America, in this part of the ocean they are usually extremely rare.

The number of sargassum increased 10 times in seven years, a trend that caused concern. The reason for this abnormal growth of scientists believe the nutrients, which for several years appeared in the ocean in greater numbers due to the increase in water level. The second reason is the ingress of large amounts of substances into the ocean from the Amazon, where agricultural activity has increased significantly, therefore more fertilizer has been released into the water.

Scientists believe that such algae intervention in a sustainable ecosystem can cause irreparable consequences in the future. And now, some employees of the Caribbean and Atlantic beaches have to spend a lot of money and time cleaning the rotting fetid mass, cast ashore.