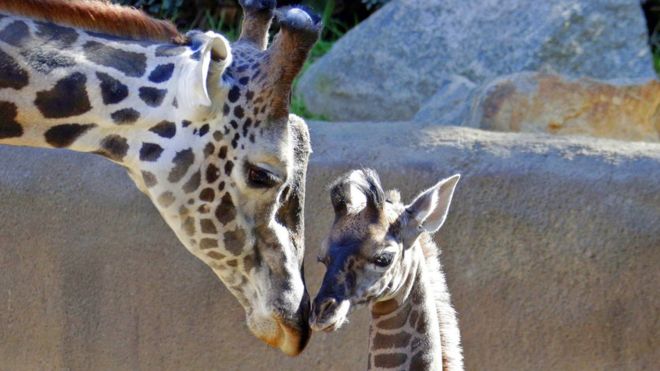 Population of giraffes on Earth for the last 30 years was reduced almost by 40% because of poaching, the regional conflicts and expansion of agricultural grounds, reports the International union of conservation (IUCN).

According to experts if in 1985 population charged extra from 152 to 163 thousand individuals, then now it was reduced to about 98 thousand.

In the international list of the animal species which are under the threat (Red List), giraffes are specified as animals now “in vulnerable situation”. Earlier they were registered as “being under the smallest threat”.

“Though giraffes can often be seen on a safari, in media and in zoos, people – including ecologists – don’t understand that these surprising animals slowly disappear”, – the specialist in giraffes of IUCN Julian Fennessi notes.

Experts have also increased the degree of threat for the African parrots жако: now they appear in the Red List as the individuals who are “in danger”.

According to the Red List, more than 24 thousand from 85,6 thousand animal species included there for the last several decades are under the threat of disappearance.