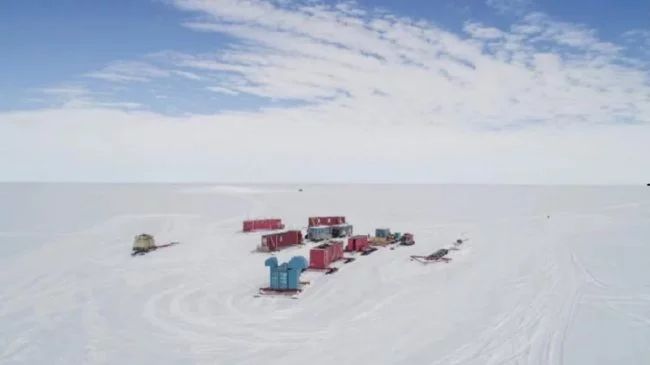 At a depth of 1200 meters under the Antarctic ice is Lake Mercer, a subglacial reservoir that formed thousands of years ago and long ago separated from the rest of the world. The project to explore the lake and its mysterious content should begin at the end of this month. The so-called Subglacial Antarctic Lakes Scientific Access, or SALSA, is a project aimed at finding new information on the subglacial lakes of Antarctica. It is known that there are at least 400 of these.

Over the next two months, SALSA scientists will explore one of the largest subglacial lakes in western Antarctica – Mercer Lake. To do this, scientists will have to drill to a depth of 1200 meters of ice, using a 60-centimeter drill with hot water. In addition to extracting water and mud samples, scientists also deployed a remotely controlled vehicle – for the first time for a subglacial lake.

Isolated world under the ice
The SALSA team hopes to learn more about cold alien environments: how hot water could appear in ice-covered tanks; how could life survive in such harsh conditions; environmental factors in which these lakes were formed; changes in the state of the Antarctic ice sheet. It is important to note that this mission could lay the theoretical basis for future expeditions to the icy satellites of Jupiter and Saturn, on which life could be hidden.

Lake Mercer was first discovered by satellite over a decade ago, but never explored by humans. The subglacial lake has a size of about 160 square kilometers. However, its depth is shallow – 10-15 meters. The water in the lake fluctuates around the freezing point, but never solidifies due to the enormous pressure exerted on it by a pile of ice. Lake Mercer most likely formed about 10,000 years ago.