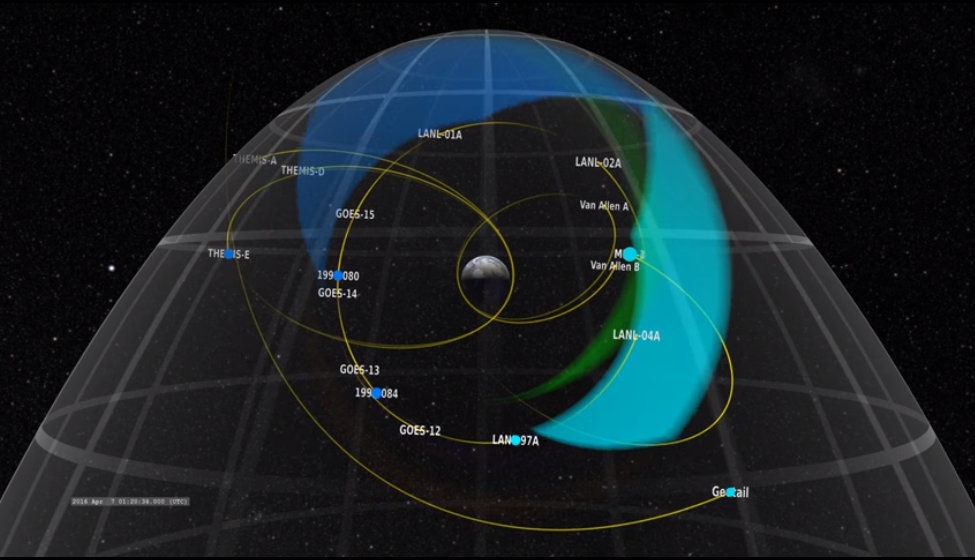 Researchers have been studying near-Earth surroundings for many years, but many mysteries – including the mystery of the origin of high-energy particles present in this area of ​​space – still remain unsolved. In a new study conducted by a large collaboration of scientists, data from 16 NASA and Los Alamos National Laboratory, USA, were analyzed to study a special kind of phenomena occurring in the Earth’s magnetosphere. These events, called substorms, can cause auroras on the Earth, disrupt the operation of GPS elements, and even damage electrical networks.

To obtain a global picture of this phenomenon, scientists used data from four individual NASA missions – the Magnetospheric Multiscale mission, the Van Allen Probes mission, the Geotail, and the Time History of Events and the Macroscale Interactions during Substorms mission, and the LANL-GEO spacecraft. In addition, using ground-based magnetometers, the researchers found signs of what is called a sub-stem current wedge, one of the main features of the classical substorm. This result, together with the data obtained with the help of spacecraft, showed that in the vicinity of the Earth for more than one hour there is activity leading to the formation of a wedge – a process whose possibility has been widely discussed earlier.

These results help to better understand the origin and structure of the substorms in order to eventually be able to more accurately predict the impact of space weather on our planet, the authors indicate.

The results are published in the Journal of Geophysical Research; the main author D.L. Turner (D. L. Turner).