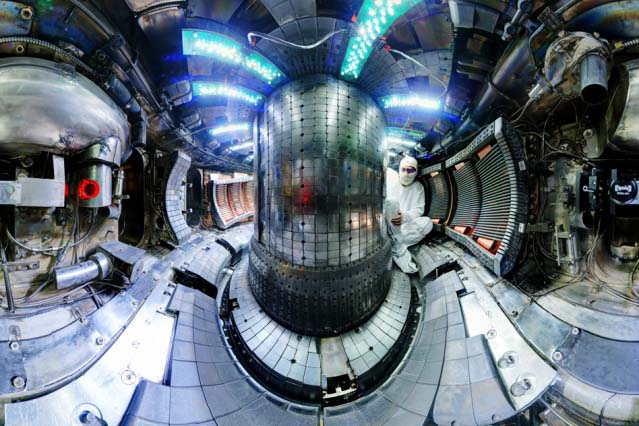 A group of engineers from MIT has recorded the highest pressure of the plasma in the history of the attempts to run a self-sustaining fusion reaction. Bespretsendentnoe high pressure and temperature was obtained in the result of the fusion reaction in a toroidal setup Alcator C-Mod is a magnetic trap for plasma.

To learn how to obtain clean energy from the fusion process, scientists need to learn how to create and control plasma under high pressure. This time experimenters for the first time managed to achieve a pressure over two atmospheres. That’s 16% more than the previous record set in 2005. The temperature in the Massachusetts experiment has risen to about 35 million degrees Celsius. The reaction lasted for 2 seconds.

Fusion processes, similar to those that go inside stars — is the source of almost infinite energy. In the laboratory they recreate with a tiny (by stellar standards) fragments of the plasma — superheated gas. Such a concoction would not stand a single vessel, so the miniature star held strong magnetic field.

In the course of the fusion reaction released more energy than is absorbed, you need this combination of temperature, pressure and reaction time, which will allow the process to move into self-sustaining mode. Before the earth’s technology is still far away, but the Massachusetts experiment indicates that the desired result can result in manipulation of the magnetic field.