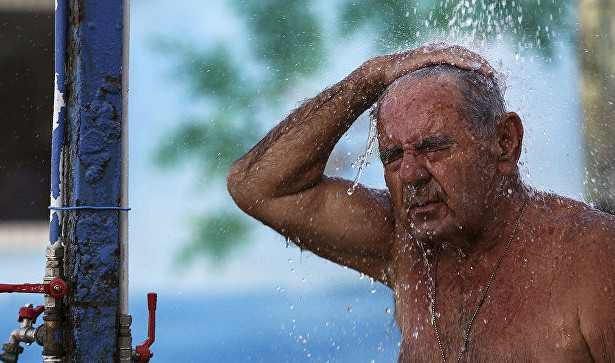 Further rise in temperatures on Earth will significantly increase the number of suicides in the US and Mexico, the scientists say.

“We have been studying for decades how warming affects violence and conflict, all of which indicate that the frequency of wars is rising at a time when heat and drought reign on earth.” Now we have evidence and the fact that high temperatures affect on the man’s desire to break off not only someone else’s, but also his life, “said Solomon Hsiang from the University of California at Berkeley, USA.

One of the consequences of global warming is the so-called “extreme weather events” – periods of abnormal heat in winter or cold in summer, heat waves, weekly heavy rains, droughts and other phenomena associated with “wrong” weather. For example, the flood in Krymsk in 2012 and the summer heat in Russia in 2010 are today considered to be one of the most striking examples of such phenomena.

As Academician Igor Mokhov noted in an interview with RIA Novosti, the frequency of such events in the future will only grow as the global warming progresses, and they will cover all the larger territories. This will lead, as calculations of western climatologists show, to a sharp increase in mortality – every “extra” degree of heat in the summer will increase the number of dead people by 5%.

Xiang and his colleagues came to the conclusion that this process will most likely affect people who are prone to suicidal moods, having studied how several tens of thousands of residents of the United States and Mexico react to sharp increases and lower temperatures by analyzing their reports on Twitter and other social networks.

After studying more than 600 million messages, scientists found that when the heat waves or simply high temperatures in social networks began to appear more often messages related to depression, loneliness and suicidal moods. On average, their number increased by 0.7% with an increase in average monthly temperatures by 1%.

The growing popularity of such reports, as noted by climatologists, was inextricably linked to the increase in the number of real suicides in these two countries, which accounts for 7% of suicides throughout the Earth.

If global warming continues at current speed, then the suicide rate in the US and in Mexico will increase by 1.5 and 2.3% by the middle of this century, or 40,000 additional suicides each year. According to Xiang, this is equivalent to an increase in the number of suicides that are typically observed during economic crises or strong social changes.

Interestingly, the analysis of statistics over the past 20 years shows that the frequency of suicides does not depend on the air temperature in the premises, where it can be reduced by air conditioners, but only from the weather on the street. According to scientists, this suggests that heat can change a person’s attitude toward death and make him less appreciate himself and the lives of others than in cooler conditions.