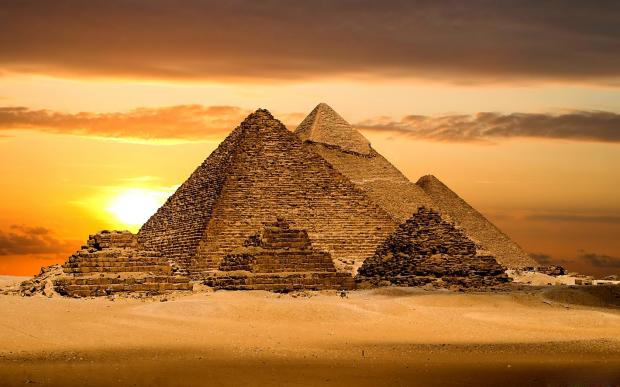 The discovery of archaeologists in one of the stone quarries in Tell el-Amarna in the Egyptian province of El Minya can answer the question of how the Great Pyramids were built in antiquity. This was reported on Thursday by the publication Al Ahram.

As the General Secretary of the Egyptian High Council for Antiquities, Mustafa Waziri, said, since 2012, a group of scientists from the French Institute of Oriental Archeology in Cairo and the University of Liverpool has been conducting engineering and topographical studies of alabaster pits to understand how the ancient Egyptians extracted and moved huge boulders which later made statues, dishes, vases, sarcophagi. According to scientists, the production technology, which they were able to see in one of the quarries in Hatnuba near Tell el-Amarna in the Eastern Desert, could well be applicable to the construction of the pyramids. After all, scientists still have not come to a common opinion, how did the multi-ton boulders still move and were installed one on top of another when the pyramids were erected so that there were no gaps between them.

One of the mission leaders, Janis Gordon, told Live Science magazine that archaeologists were able to detect traces of a unique system. “It consists of a central sloping mound, at the edges of which steps run with holes for pillars,” he said. “These wooden poles were wound with ropes fixed with a second end to the block. With the help of runners, workers pulled stones to the surface at an angle of 20 degrees.” According to Gordon, this technology is encountered for the first time, and, as scientists believe, it was created no later than the era of the reign of Pharaoh Cheops, at which the most famous pyramid was built.

Scientists hope that a thorough study of this discovery will allow to get to the bottom of the truth, as all the same ancient people built the pyramids.