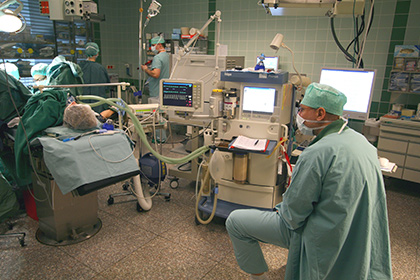 One-third of all deaths in 2015 in the US (over 250 thousand) most likely occurred due to medical errors. To such conclusion scientists from the American Johns Hopkins University. A study published in the journal BMJ, briefly about it reports the Independent.

According to statistics, most of the lives claimed by cardiovascular disease (611 thousand) and cancer (585 thousand). On the third place among causes of death — chronic respiratory diseases (149 thousand). To such conclusions scientists have analyzed the mortality statistics for 2000 and 2008.

These scientists have collected data on mortality rates in 2015. Malpractice researchers believe untimely and insufficient diagnosis, incorrect diagnosis and incorrect and over-treatment. Data professionals do not consider the operation that led to fatal outcome.

The study authors note that the United States is one of more than one hundred countries, which does not keep regular accounting of the reasons mortality. The reason experts call the following statistical who standards, which do not provide such an analysis.