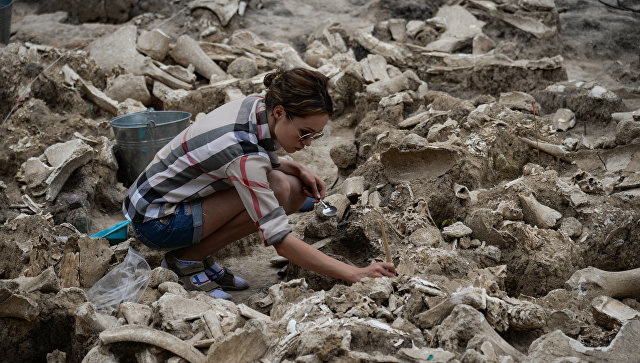 Yakut and South Korean scientists do not exclude the possibility of cloning a colt of an ancient horse whose carcass was recently found in the Verkhoyansk region of Yakutia, the director of the mammoth laboratory of the North-Eastern Federal University, Semyon Grigoriev, told RIA Novosti.

A valuable find was recently discovered during the Russian-Japanese expedition of scientists from the Scientific Research Institute of Applied Ecology of the North of the NEFU, the Japanese University of Kindai and Fuji TV.

On Monday, at a meeting with the head of the scientific center, the South Korean scientist Hwang Woo Suk, the scientists of the NEFU announced their readiness for further cooperation, including the cloning of the colt of an ancient horse, whose carcass was found in the Batagay pit of the Verkhoyansk region.

“Today samples of the carcass of an ancient colt, brought from the Verkhoyansk region a few days ago, are selected in the museum of the mammoth.The preservation of the animal’s carcass is unique.The muscular tissues of the foal are quite well preserved, and therefore very promising samples have been obtained.The biological age of the find is not less than thirty thousand years. horses, the found colt is no more than 20 days old.However, it can be seen that his teeth just started to erupt.As for the cloning of the foal, I can say that along with Professor Hwang, we will do everything possible to get the maximum result.If a living cell is found in the carcass, thanks to the great experience of the Korean colleagues, we think that it will be possible to obtain a clone of the ancient horse .As for the cloning of the mammoth, we are not yet ready to talk about anything this, “- said Grigoriev.

The Sooam Biotech Research Foundation is one of the world leaders in the field of animal cloning. Hwang Wu Sok, based on its center, trains students and employees of the North-Eastern Federal University, and personally participates in expeditions to northern Yakutia.

Last year, the hunting club “Bayanay” of the city of Yakutsk received from the center two cloned puppies of the Yakut husky. A donor and one of the clones of this dog were brought to a meeting with a scientist.

Professor Hwan Woo Sok said that he is always happy to work with colleagues from the NEFU.

“I am grateful to Yakutia for the fact that here my works received more recognition than in my native South Korea,” the scientist admitted to the audience at the meeting.