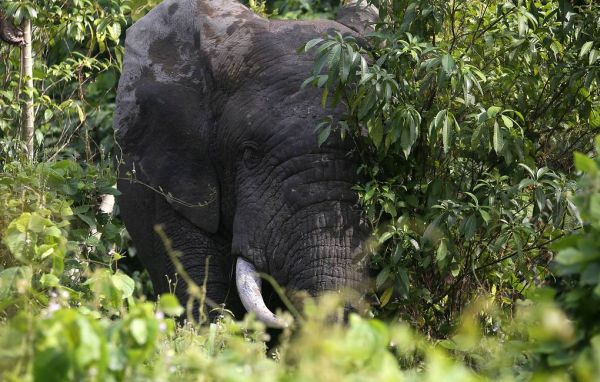 Over the past ten years, the number of elephants in the protected areas of Côte d’Ivoire has dropped dramatically, decreasing to about two hundred individuals. Environmentalists write about this in the scientific journal PLOS ONE.

“Elephants have completely disappeared from most of the reserves and other protected areas of Côte d’Ivoire. This is primarily due to the lack of any conservation measures. Small populations of these animals remain only on small, isolated patches of land in four of 25 protected areas, “the researchers write.

All elephants living on Earth are threatened with extinction due to predatory hunting and deforestation. These processes affect Indian elephants less so far. The number of their African congeners has been falling rapidly over the past few decades.

In particular, before the Second World War, from 4 to 5 million individuals lived in Africa. However, by the mid-1970s, their number decreased to 1.3 million. By the beginning of the 21st century, there were already 600 thousand elephants. Scientists attribute this to the continuing political instability in equatorial Africa.

In 1989, the countries participating in the Convention on International Trade in Species of Wild Fauna and Flora (CITES) began a coordinated fight against poachers. At first, this slowed down the disappearance of elephants, and their numbers began to stabilize at the beginning of the 21st century. However, recent observations of ecologists show that the downward trend in the number of these animals continues. This is due to the demand for ivory in Asia.

The last elephants of Cote d’Ivoire

As a result, the number of elephants on the territory of Côte d’Ivoire (formerly this state was called the Ivory Coast) at the turn of the century was reduced to several hundred individuals. They lived in 20 isolated populations.

In September 2002, a civil war broke out in Côte d’Ivoire. Because of this, it was almost impossible to watch elephants and protect them from poachers and deforestation. A similar situation developed in 2011-2012, when another internal conflict took place. Subsequently, the political situation in Côte d’Ivoire stabilized, and scientists were able to find out how the number of elephants changed during this time.

To this end, Suleiman Ouattara Ouattara from the University named after Felix Houfouet-Boigny and his colleagues made several expeditions to 25 reserves and protected areas of Côte d’Ivoire, where elephant populations were preserved before the onset of political instability. In addition, they interviewed residents of areas of the country where elephants have been seen in the wild in the past century or in recent years.

As a result, it turned out that in all regions of the country, except for four protected areas and four sites not protected by law, elephants became almost completely extinct. Relatively many elephants remained in only one of these regions, which is located in the southwest of Côte d’Ivoire – there are supposedly about one and a half hundred of them. And in the rest of the ranges, from 5 to 25 elephants remained in their populations.

Scientists note that the disappearance of these animals is associated not only with the increased activity of poachers, but also with the fact that the forests in half of the protected areas were completely cut down and turned into arable land and plantations. As a result, scientists conclude that over the past two decades, about 90% of the Ivory Coast elephant population has disappeared.