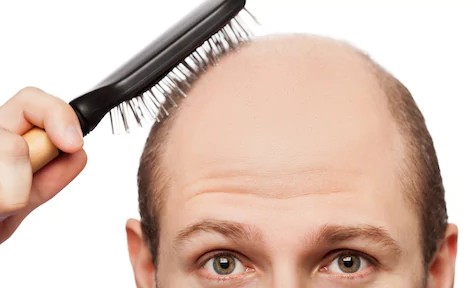 Some people are really proud of their hair. They like to stack them in many ways, paint, braid or just use as a way to express their individuality. For these people, the realization that they are balding can be completely destructive, but even for those who are less enthusiastic about their appearance, hair loss can be quite disturbing – as long as there is no remedy for alopecia.

According to the American Association for Hair Loss (AHLA), androgenetic alopecia – more commonly known as male pattern baldness (MPB) – accounts for more than 95 percent of hair loss in men. At the age of 35, about two-thirds of American men are prone to some hair loss, and 25 percent have this process before they reach the age of 21.

Of course, baldness is not just about men. Forty percent of Americans who experience hair loss are women, and this is considered less socially acceptable than hair loss in men.

AHLA reports that 99 percent of products sold in the hair loss treatment industry are ineffective, so most androgenic alopecia sufferers simply need to learn to live without hair.

Studying the process of hair loss and hair follicles, Choi Kanyol from Yonsei University in Seoul and his team found that those suffering from this condition had a significant amount of CXXC5 protein in the scalp that stops the regeneration of the hair follicles. To prevent this, the team created a PTD-DMB.

“We found a protein that controls hair growth and developed a new substance that promotes hair regeneration by controlling protein function,” Choi said in an interview with Business Korea. “We expect that the substance obtained by us will contribute to the development of a drug that not only treats hair loss, but also regenerates damaged skin tissue.”

Researchers have already successfully tested PTD-DMB in mice, and after 28 days of treatment they noticed the growth of new hair follicles in rodents. Now scientists are testing the substance on other animals to determine its toxicity. If the PTD-DMB tests yield positive results, the next step will be a drug test on the person.

Despite a promising start, this substance should still go a long way to test before it can be recommended to people as a cure for baldness. At least, there is a hope that hair loss will no longer have a destructive effect on self-esteem and emotional well-being, and a new method of treating alopecia can allow a person to feel comfortable in terms of their appearance.