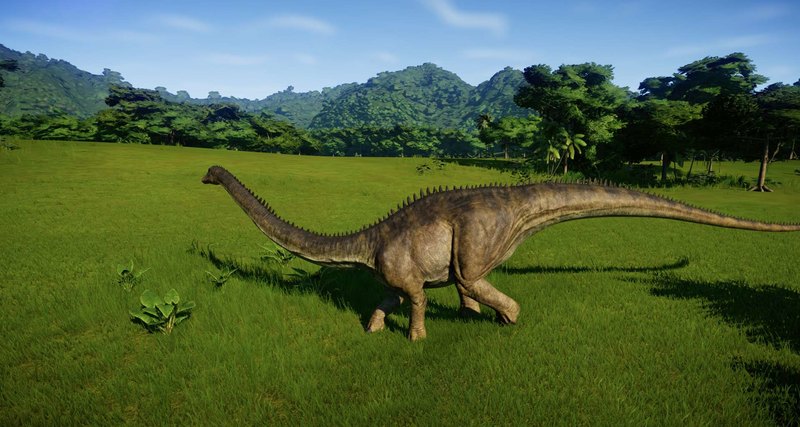 Diplodocus – dinosaurs from the group of sauropod, who lived on Earth at the end of the Jurassic period. Were one of the largest land animals of the Mesozoic and, at the same time, common animals – judging by the number of residues.

This diplodocus was young and small. The paleontologists liked it and they called it Andrew – however, the floor of the pangolin has not yet been specified. Found him in the US in 2010.

Andrew’s skull was 24 centimeters long, which is a bit for diplodocus. The exact age is unknown, but it is clearly not an adult animal.

It is interesting that the shape of the head of Andrew and the structure of the teeth are clearly different from the same indicators of adult diplodok. His face was shorter and narrower, and his teeth had a spatulate shape. Apparently, this allowed the young diploid tree to live in the forest and feed on both herbaceous plants and leaves from trees. His older relatives, judging by the structure of the teeth and cervical vertebrae, preferred the grass and loved to hold the neck almost horizontally, which means they were inhabitants of open areas. At least that’s what paleontologists have been thinking about in the last couple of decades.