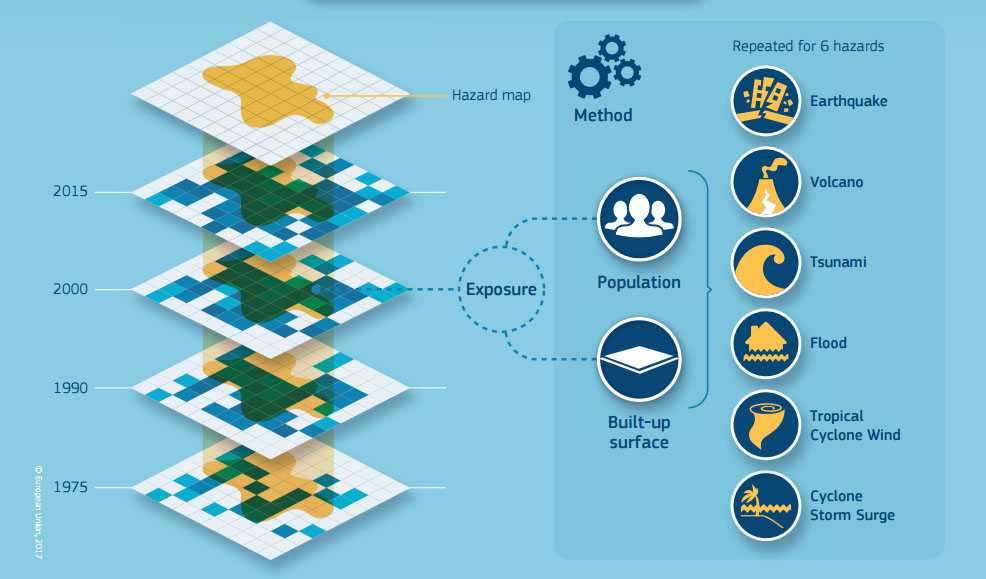 The Joint Research Center of the European Commission (JRC EC) published a new edition of the Atlas of the Human Planet, which assessed the contribution of anthropogenic factors to natural disasters in 1975-2015.

The first edition of the Atlas of the Human Planet was submitted in 2016. The document was based on the results of remote sensing of the Earth (total about 12.4 trillion satellite images) and spatial modeling, which were used to create the Global Human Settlement Layer (GHSL). This database is in the public domain and allows you to trace the dynamics of human presence in different areas since 1975. So, according to the analysis, by 2015 the area of ​​settlements on the planet increased by 2.5, and the number of people – by 1.8 times. Most of the population lives in large urban centers.

Now, based on assessments based on the GHSL, the staff of the EC JRC provided statistics on natural disasters over the past 40 years. Despite the fact that such accidents are associated with the forces of nature, in the long run, anthropogenic factors can influence them. For example, deforestation increases the risk of mudflow – a stream with a large amount of rock debris emerging in the basins of mountain rivers – because in this case the soil is deprived of support for the roots of trees. Also, deforestation is associated with the likelihood of hurricanes. The document covers six types of phenomena: earthquake, volcanic eruption, tsunami, flood, tropical cyclone and storm. 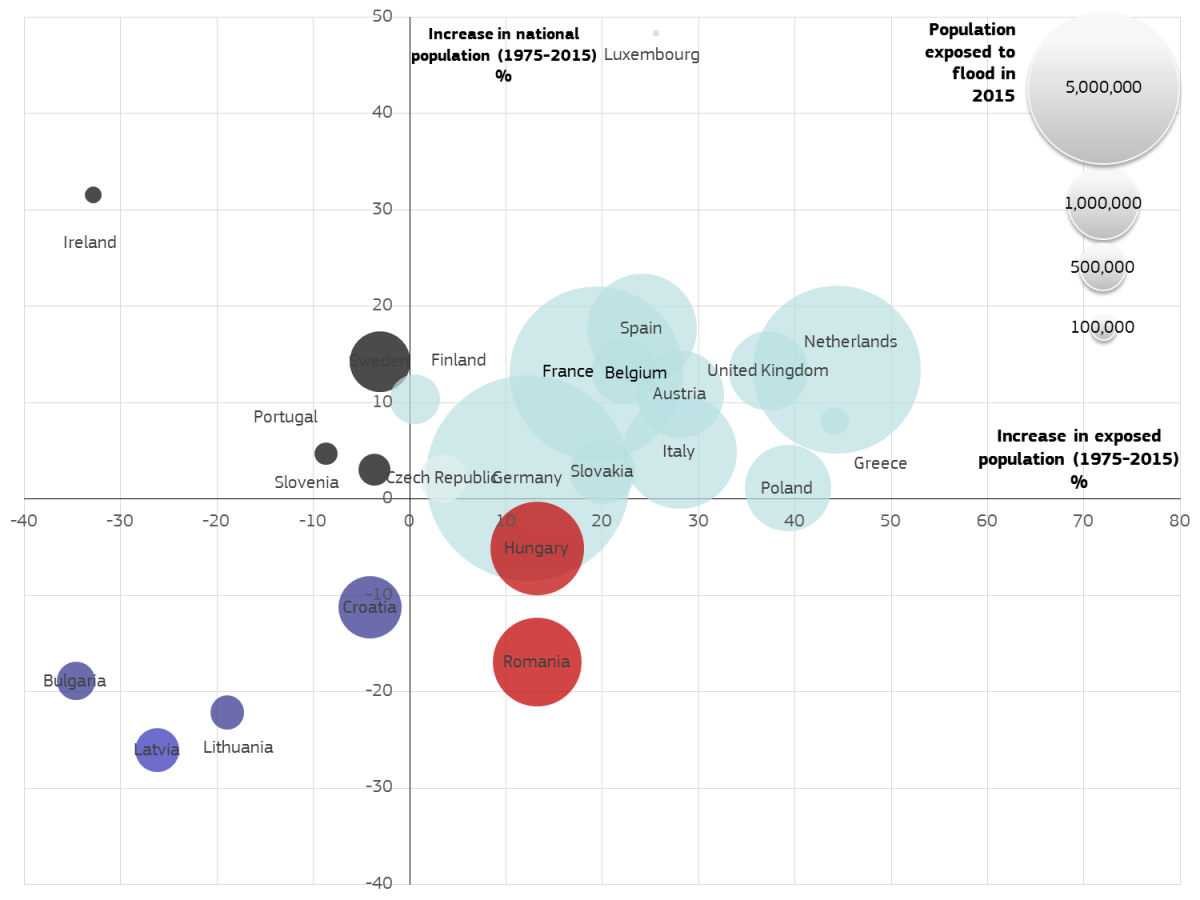 Quantitative assessment and dynamics of exposure of Europeans to floods / © EU, 2017

According to scientists, the greatest threat is seismic activity: during the observation period the number of potential earthquake victims increased by 93 percentage points. Seismically active areas are home to 170 million Europeans – in Greece, Italy and Romania, the figure exceeds 80 percent of the population. The most common type of natural disasters, meanwhile, were floods. In Europe, with its consequences, the inhabitants of Germany (about ten percent of the population) and France were more often faced. The maximum proportion of the population at risk (one billion people) lives in Asia and Africa – 76.9 percent and 12.2 percent respectively.

In areas of volcanic activity in 2015, there were 414 million people, 11 million of them were Europeans. The growth rate since 1975 was 86 percentage points. In turn, tropical cyclones pose a threat to 1.6 billion people in 89 countries around the world – about half a billion more than half a century ago. In the zone of storm winds in the XXI century were 640 million people, usually residents of the Far East – China and Japan. From 30 to 20 million in this region also increased the number of potential victims of tropical cyclones. At the same time, the US population was four times more prone to tsunamis than China, but less than Japan.