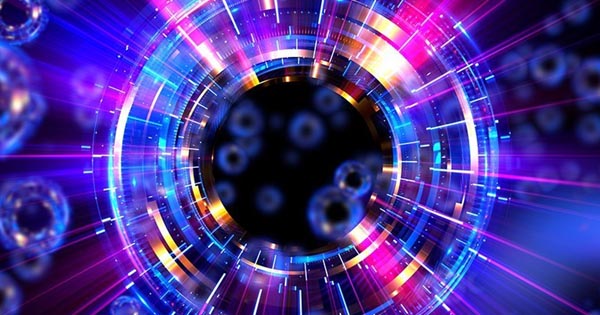 The transmission of information using quanta is a great way to avoid any “leakage”, but in its present form it is more like Morse code than for high-speed broadband ADSL.

This can change with a new breakthrough in quantum technology, which uses light patterns to transmit quantum codes, potentially opening the way for quantum communication with an infinite number of channels for sending encrypted transmissions.

A team of Scottish and South African researchers presented the world’s first experimental model in which quantum information can be transmitted through a series of photons. The concept allows you to reduce the risk of data loss and apply various light patterns to transfer a large amount of data.

The transmission of a sequence of qubits to a distance often leads to their loss – this is one of the main problems to date. Scientists were able to send photons from space using a split laser beam for a distance of about 1200 kilometers. Probably, this is a breakthrough for scientists, but from the point of view of global networks – it is absurd to have a short distance. Transmission also requires direct visibility.

The new transmission method that has just been found is an “amplifier” that can operate at regular intervals, allowing particles to pass through their quantum states.

In addition, quantum states are usually binary, which makes them similar to Morse code: dots and dashes. Instead of creating messages from ones and zeros (or “dots” and “dashes”), the new method can be used to transfer additional information to a particle using light patterns.

This is not new in itself, but earlier the sending of information coded in the form of a light pattern required a large number of photons to overcome significant distances.

The new method allows photons to “move”, so information can be transmitted over long distances by repeating short sequences. And the use of light patterns for information transfer opens the way to an almost infinite number of communication channels.