Scientists connect the human brain to a computer wirelessly 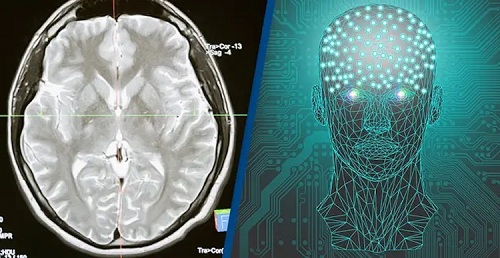 Experts from Brown University in Rhode Island (USA) have established a wireless connection between a computer and the human brain.

In the study, two paralyzed men, aged 35 and 63, who had previously suffered spinal cord injuries, used the BrainGate system with a wireless transmitter to select an object and enter text on a regular tablet computer. The system, described in the journal IEEE Transactions on Biomedical Engineering, uses a small transmitter that weighs just over 40 grams and is attached to the head. The transmitter unit is connected to an electrode matrix implanted into the motor cortex of the brain through a port that is used in similar wired systems.

Scientists claim that they were able to achieve the same accuracy and data transfer rate as when using wired equipment. BrainGate technology is reported to be able to function autonomously for up to 24 hours, allowing the brain-computer interface (BCI) to be used even while sleeping. This will allow scientists to collect more data to study.

Scientists note that the only difference between the wireless interface and the previously used systems is that a person no longer needs to be tied to stationary equipment, which opens up new possibilities in terms of using the system.

Scientists are confident that, thanks to the new interface, they will be able to observe the brain activity of people over a long period of time, which was almost impossible before. In the future, this will help develop decoding algorithms, which will significantly expand the possibilities for people with paralysis.