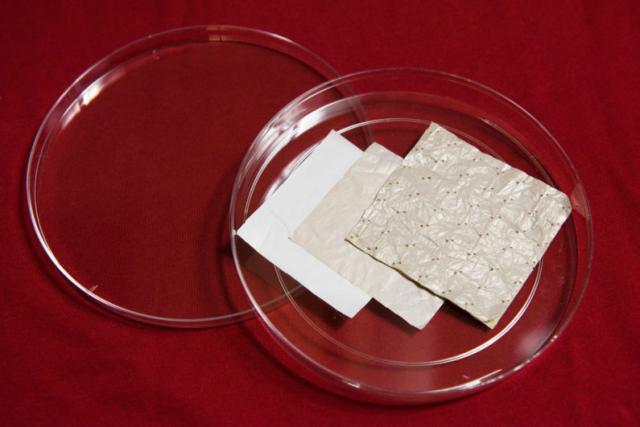 Experts from Stanford University have created a cheap fabric-based plastic, which, if it to sew clothes, will contribute to cooling the body more efficiently than existing synthetic cloth or fabric made of natural fibers.

According to the researchers, the clothes from new fabric can be worn even in a hot climate without air conditioning.

As stated by scientists from Stanford University, people perceive such clothing as cooler than cotton.

The material contributes to the cooling of the body due to the fact that does not prevent perspiration. The fabric transmits heat to the outside air, but prevents its penetration inside.

“When we sit in the office, from 40 to 60% of the heat our body emits in the form of infrared radiation,” – says a Professor at Stanford University Shanhui Fan.

The new material created on the basis of industrial polyethylene that has been modified with the use of chemicals in order to allow water molecules to pass through the nanopores.