Scientists create spray, which disables the action of genes 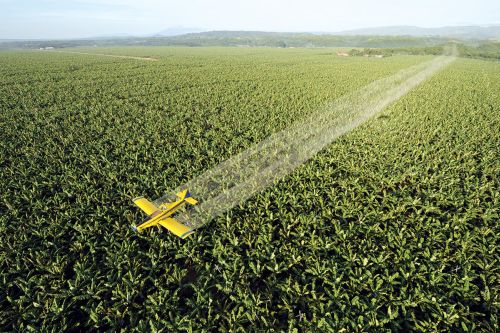 Don’t like the color of the roses in the garden? Want to accelerate the ripening of the vegetables on the field? Spray them with a spray that simply will shut down certain genes, and will get the desired result. At least, such means are now working scientists.

Farmers can use these sprays deactivate genes to accelerate growth, enhance the nutritional value of the plants, protecting them from drought or insect viruses. This technique gives the ability to change the characteristics of plants, without changing their DNA.

“The spray can be used directly, no need to wait for years in DNA modify or withdraw a new variety,” says David Balcomb from Cambridge, who studies the technology of gene silencing in plants. With one spray you can use on many different types and varieties.

And companies like Monsanto, are already developing similar sprays, which penetrate into insects and kill them by disabling certain vital genes.

Now scientists from the University of Queensland in Australia was able to achieve prolonged effect of turning off genes inside plant cells. They protected tobacco plants from the action of the virus for 20 days with only one application turn off genes of a spray. This technique allows you to change various characteristics in plants, but scientists have not yet conducted such experiments, focusing on the technology of crop protection.

Deactivation of genes uses a system of natural protection. When the viruses infect the cells, the cells cut out part of the RNA to produce small samples of double stranded RNA, which are used to recognize and destroy any RNA that matches the pattern. No viral RNA, no viral proteins, and therefore, viruses can’t reproduce.

RNA interference can be used to block any protein. Attempts to develop drugs based on this technology for people while not successful, as when injected into the blood RNA disintegrate rapidly. And in plants it works. The spray works like this: positively charged clay nanoparticles made from chloride of magnesium, for example, bind and protect negatively charged RNA. Over time, particles interact with carbon dioxide and disintegrate slowly releasing RNA.

Plant viruses are a problem for agriculture worldwide, and none of the currently existing funds are not sent directly to them. Farmers or you can grow virus-resistant varieties, if such exist, or kill organisms-vectors, like aphids. So if the antivirus spray will show themselves well in the field, it can be extremely popular.

However, there is a big problem — the price. Clay nanoparticles are cheap, but the production of RNA is expensive. A couple of years ago one gram of this substance, which would be enough for a small field, it was worth $ 100,000. But that quickly changed. For example, Apse aims to mass-produce RNA for only $ 2 per gram.

Sprays, turn off the genes that are safer than ordinary pesticides. RNA cannot penetrate human skin and are quickly degraded in the body.