Scientists crossed a man and a sheep 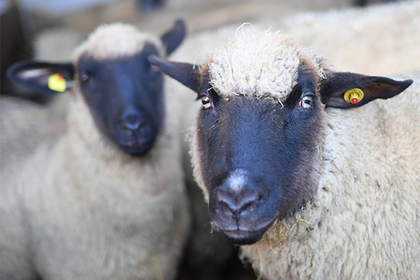 Scientists from the University of California first raised a sheep embryo, which contained human cells. The results of the study were presented at the conference of the American Scientific Society in Austin.

Specialists placed human stem cells in a sheep embryo. In total, the chimeric fetus developed for 28 days. This was enough to demonstrate that the embryos could well become full-fledged living beings, then the experiment was stopped because of the restrictions in force in the country.

The number of human cells in the embryo is small – one in ten thousand. Therefore, the embryo would never become a “sheep with a human face or brain.”

It is assumed that such a study will allow the cultivation of full-fledged organs of humans within animals suitable for subsequent transplantation to the patient. However, for this it is necessary that the human embryo contains one percent of the cells.

In January 2017 biologists from the United States, Spain and Japan created pig and human hybrids for the same purposes. As a result, the precursor cells of various tissues, in particular the heart, liver and nervous system, were formed in the pig embryo. Pig and human hybrids were allowed to develop for three to four weeks, after which, for ethical reasons, they were destroyed.