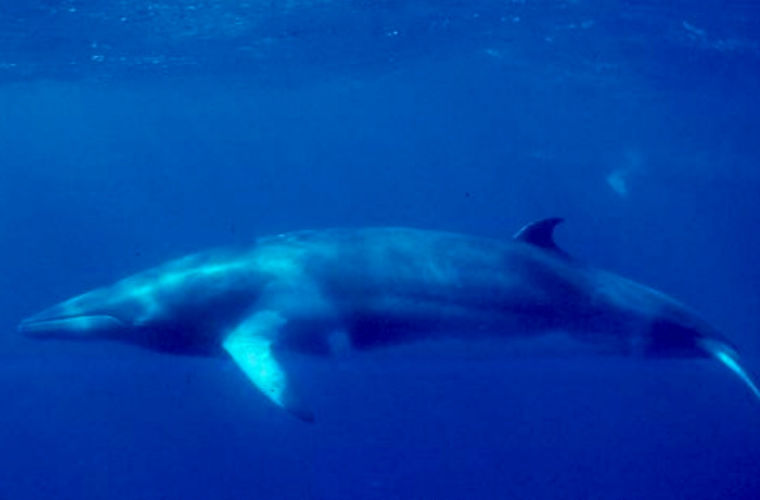 After the long researches scientists guessed who made the mysterious “metal” sound which is written down a few years ago in the Mariana hollow.

The mysterious sound was registered by scientists by means of the deep-sea submersible in the fall of 2014 and in the spring of 2015 in the east of the Pacific Ocean around the Mariana hollow. The sound consisted of five parts, lasted about three and a half seconds, having begun with low “groan” at a frequency of 38 Hz and having come to the end with the “metal” final at a frequency of 8000 Hz.

After a number of researches scientists came to a conclusion that the sound was probably made by a small fin whale about whose vocal behavior there are very few data so far, Live Science writes.

According to the senior research associate of faculty of sea bioacoustics from University of the State of Oregon (USA), the recorded signal differs from known before in more difficult sounding on low frequencies, however the ringing “metal” sound finishing a signal does it really unique.

Scientists still do not know that the written-down sound as usually whales “begin to sing” only during the manifolding periods, however meant signals in the Mariana hollow, according to researchers, were fixed for all year. According to experts, such signals can have the composite, still function unknown to the scientist.