Scientists determine the real consequences of the nuclear explosion in Hiroshima 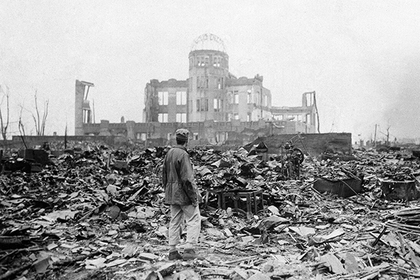 Scientists led by Brazilian researcher Sergio Mascarenhas measured the radiation dose to which the victims of the atomic bombing of Hiroshima were subjected. To do this, the researchers analyzed the bones of the dead, in which traces of irradiation remained.

Mascarenhas received the remains of people who died on the day of the explosion, including the jaw of a man who was about one kilometer from the epicenter of a nuclear explosion.

Using a method called electron paramagnetic resonance, scientists were able to determine that the dose of ionizing radiation absorbed by the jawbone was 9.46 grams (Gy). For comparison: when radiation therapy of a malignant tumor tissue, a dose of 2-3 grams is obtained. In this case, the dose of 5 Gy to which the body is exposed becomes deadly to humans.

According to scientists, for the first time it was possible to measure with high accuracy the radiation dose received by the victims in Hiroshima. This method can also be used to assess the condition of victims under hypothetical radiation contamination.