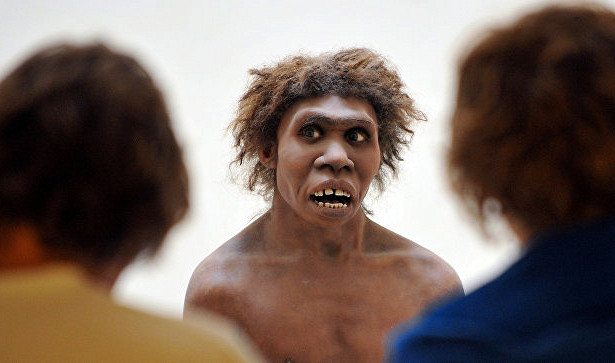 The leading paleogenetics of the world have for the first time restored the genomes of the last Neanderthals of the Earth who lived in caves in the Caucasus and in Croatia and did not find traces of crossing with humans, according to an article published in the journal Nature.

“Despite the fact that these Neanderthals lived in Europe after the first Cro-Magnonians got there, we did not find traces of the DNA of the modern person in their genome.” It seems that the exchange of genes was mostly one-sided – people benefited from it, not their “neighbors “, Said Svante Paabo from the Institute of Evolutionary Anthropology in Leipzig, Germany.

For a long time it was believed that humans and Neanderthals did not unite, but in 2009, scientists restored the genome of the first “aborigines” of Europe and found that the DNA of most modern people, in addition to the inhabitants of Africa, contains about 2-3% of Neanderthal genes. This fact led scientists to speculate on how contacts between ancestors of people and Neanderthals could proceed.

Subsequently, paleogenetics recovered and deciphered other Neanderthal DNA samples, which showed that the size of the population of Homo neanderthalensis was extremely small. This led many anthropologists to believe that the “aborigines” of Europe could die out not because of conflicts with the Cro-Magnon people, but because of degeneration and loss of ability to adapt to new environmental conditions.

Paabo, one of the most famous paleogeneists in the world, has been working with the remains of the last Neanderthals of the Earth, found in the caves of Vindia, Mežimaiskaya, Goya, Le Cote in Croatia, the Russian Caucasus, Belgium and France for several years. All these Neanderthals died at about the same time, about 45-39 thousand years ago, and their remains survived to this day in relatively poor condition, including due to improper storage and processing.

This has long prevented scientists from extracting scraps of prehistoric DNA and restoring it in its entirety until Paabo and his colleagues took the risk – they grinded the pieces of Neanderthal teeth and bones and treated them with bleach.

Such a “dry cleaning”, as scientists say, destroyed all traces of microbes, fragments of their DNA and fragments of the genome of modern people concerned with these remains. As a result, the accuracy of reading the genome increased 160 times, which allowed geneticists to “read” the genomes of all five Neanderthals by about 1.5-2 times.

Comparing their DNA with samples of the genome of other Eurasian aborigines living in the Caucasus and Siberia about 75-100 thousand years ago, the scientists compiled the first complete “genealogical tree” of Neanderthals. It helped them to uncover some of the details of their lives and migrations across Europe and Asia.
European Neanderthals, as the scientists have discovered, were close relatives of those aborigines of Europe who left their traces in the DNA of modern people, rather than Siberian Homo neanderthalensis. At the same time, their genome did not contain any impregnations of Cro-Magnon genes, which indicates a strange, one-sided nature of their contacts.

Interestingly, different sets of similar and different genes from Neanderthals from all four countries indicate that populations of ancient people were not completely isolated from each other, as some anthropologists had previously believed. All these discoveries, as Paabo and his colleagues hope, will help us come closer to unraveling the mystery of the extinction of the last aborigines of Europe.