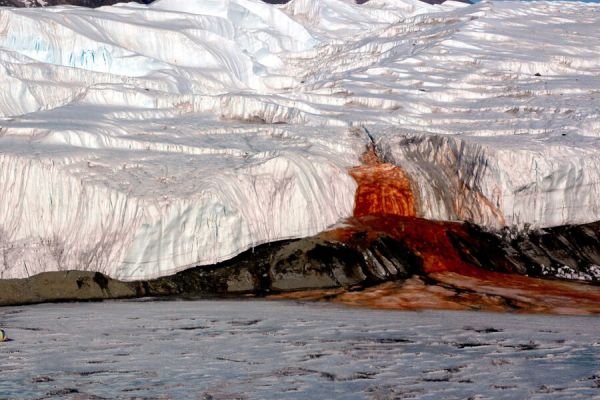 Laboratory analysis of materials from Antarctica has given scientists the opportunity to delineate potentially habitable underground regions of Mars. An article about this is published in Frontiers in Astronomy and Space Sciences.

Jill Mikuki of the University of Tennessee at Knoxville and her colleagues collected brine samples from Blood Falls on Antarctica’s Taylor Glacier. It is called the “bloody waterfall” because of the deposits red from iron oxide. The fluid flows from a reservoir that has been isolated for thousands of years and contains grains of material from the subsurface environment, which is home to many microbial communities.

These samples were examined in the laboratory using an infrared spectrometer and a number of other methods, and their exact composition was established. Basically, the brine consists of carbonates, and the red color is given by dissolved iron ions. But if in some places on Earth under similar conditions iron minerals are formed, then in Blood Falls the brine turns into amorphous nanospheres containing iron and many other elements, such as chlorine and sodium. It is amorphous materials that are found in large quantities in the Martian crater Gale, where the Curiosity apparatus worked.

According to experts, the conditions in the reservoir are closest to those that prevail in some places on Mars. Scientists plan to use it to find out in which underground reservoirs on this planet it is worth looking for life.