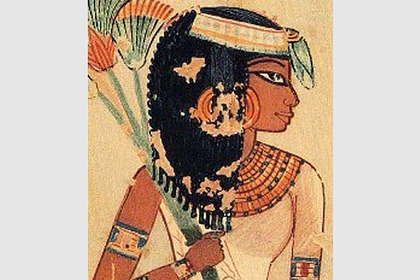 The famous Merit Ptah, an ancient Egyptian female doctor, never existed. This conclusion was made by the medical historian Jakub Kwiecinski from Johns Hopkins University in the USA. This was reported in a press release on MedicalXpress.

The researcher dispelled the popular myth that arose in the 30s of the XX century. The doctor and feminist Kate Campbell Hurd-Mead (Kate Campbell Hurd-Mead) published in 1938 the book “The History of Women in Medicine: from the earliest times to the beginning of the XIX century.” It described the excavation of a tomb in the Valley of the Kings in Egypt, where archaeologists found an image of Merit Ptah, which says that her son was the high priest, and she herself was the “chief physician.”

However, Kvetsinsky claims that in fact there is no evidence that Merit Ptah was related to medicine. Her name does not appear in any of the compiled lists of ancient Egyptian doctors. She is also not on the lists of women holding senior positions during the time of the Old Kingdom (XXVIII – XXI centuries BC). There are also no graves in the Valley of the Kings, where there is mention of the son of Merit Ptah, but they are found in Theban necropolis.

According to the scientist, the image of a female doctor was the result of confusion. In 1929-1930, as a result of excavations in Giza, the grave of a high-ranking official Ahetetep was discovered. An image was found of a woman named Peseshet, “the master of the healers.” Kvetsinsky believes that Hurd Mead simply confused Merit Ptah with Peseshet, after which the myth quickly and widely spread by amateur historians and fighters for the equal rights of women and men.