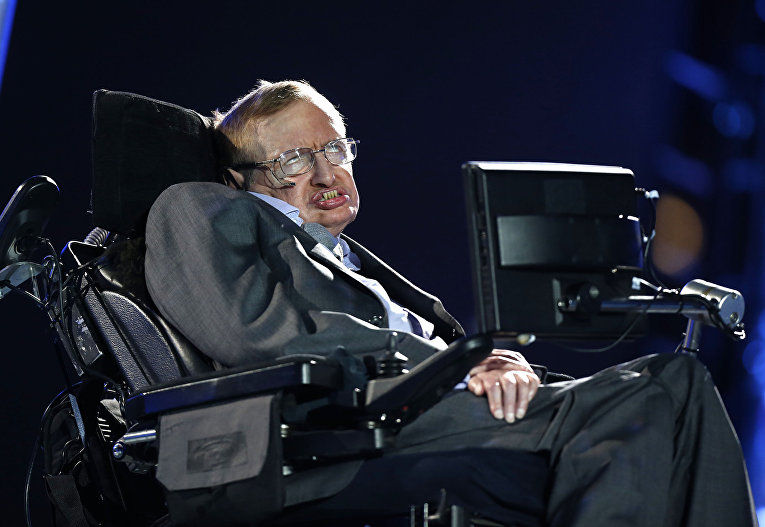 In an interview with the British “BBC”, which the world-famous astrophysicist Stephen Hawking gave last weekend, he said that all mankind urgently needs to leave the Earth, and the US withdrawal from the Paris agreement on climate change entails “irreversible” effects.

According to Hawking, we are already quite close to the so-called “non-refundable” point, reaching which, the onset of global warming can not be avoided. And the current rule of US President Donald Trump can cause the Earth to cross this “barrier”, after which it will be overtaken by the “fate” of Venus with incessant acid showers and a dominant temperature of 250 degrees Celsius.

However, Gareth Jones, a climatologist at the British Meteorological Center, as well as other specialists, responded to Hawking’s “predictions” by not agreeing. To date, no serious scientist in the world can provide convincing evidence that anthropogenic emissions of greenhouse gases can trigger the transformation of the Earth into Venus. Jones noted that even if all hydrocarbons on our planet are burned, the temperature increase is expected to be about 10 degrees Celsius. A self-sustaining greenhouse effect can only be formed with an increase in temperature by hundreds of degrees.

Zeke Hausfather (Zeke Hausfather) – American climatologist from the University of California at Berkeley, was also in solidarity with British scientists, ridiculing the statement of the famous astrophysicist, and calling such “sayings” symptoms of a disease called “Nobel Laureate”.

And according to Michael Mann, an American climatologist from the University of Pennsylvania in Philadelphia, the Earth is far from the Sun, so the emergence of a powerful greenhouse effect, similar to what “reigns” on Venus, is impossible.

Interestingly, all scientists unreservedly agree with Hawking that the onset of global warming in the future is absolutely real. And with the withdrawal from the Paris agreement on the climate of the United States and other countries, the mark of 1.5-2 degrees Celsius will practically not be retained. Of course, this will not lead to the transformation of the Earth into a giant greenhouse, but ecosystems will undergo large-scale restructuring, the sea level will rise by several meters, and abnormal weather events will cause a sharp increase in mortality.