Scientists: dogs understand the meaning of certain words and their intonation 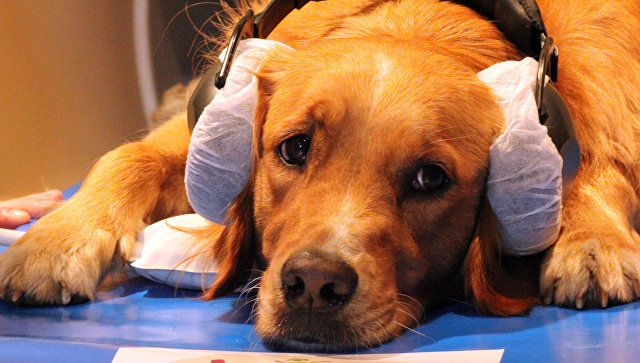 Neuroscientists have discovered that dogs understand the meaning of some words and distinguish the intonation with which they were said, using the same half of the brain for speech processing, and man, according to a paper published in the journal Science.

When our brain processes the speech of others, its hemispheres are divided between the job – the left half of the brain recognizes the meaning of words, and the right – their intonation, and then the brain combines these data. We found that dogs do the same thing using similar mechanisms in the brain — said Attila Andiks (Andics Attila) from Budapest University (Hungary).

Andiks and his colleagues have confirmed the popular idea that the dog understands everything, but can not answer, watching the brain a few Pets with the help of functional magnetic resonance imaging at the time of their communication with owners.

As he says, they taught dogs to lie still inside the scanner and listen to the speech of the owner, who consistently spoke meaningful words with kvalitetnoj or neutral tone, or read a different kind of gibberish and meaningless expression, using the same tone of speech.

This experiment has revealed an unexpected thing – was that the left half of the brain dogs were included only when their masters spoke real words, which means that animals are able to distinguish the true speech from meaningless words and expressions. In turn, the right half of the brain responded to emotional connotation that suggests that dogs distinguish the intonation of spoken words, rather than just reacting to the voice volume and gestures.

Most interestingly, these emotions were processed in the right hemisphere and were passed on in the pleasure center, only if the dogs heard the words that meant the praise, and which was uttered with kvalitetnoj intonation. This means, according to Andiks and other authors that the animals are able to interpret words and intonation to separate from their values, bringing them closer to man and really allows you to say that they are able in some sense to understand human speech.

According to the researchers, this discovery is interesting not only in itself but also because it allows us to use dogs to study how could be human speech in the distant past when our ancestors only learned to speak coherently.