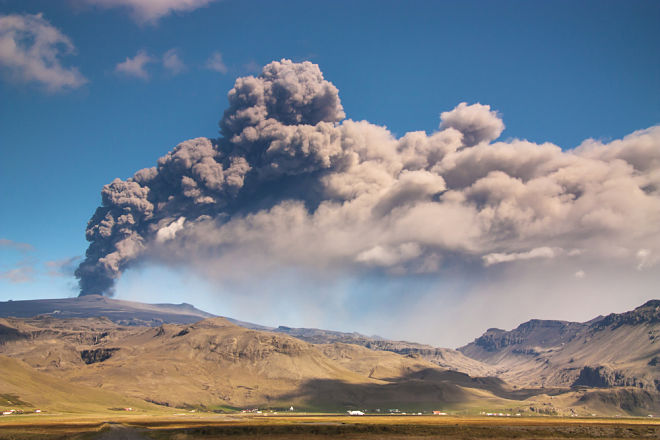 Potentially dangerous clouds of a volcanic ash over Northern Europe appear more often than scientists assumed. During the new research were studied both known earlier, and new data on loss of ashes for the last several thousands of years. As a result scientists came to a conclusion that on average they appear time in 44 years, and ashes sources practically always are in the territory of Iceland. The previous researches estimated this indicator in 56 years. 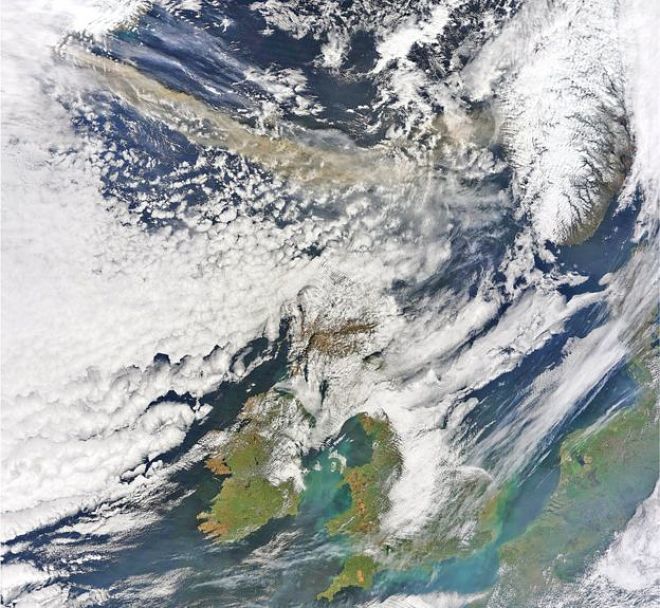 In 2010 there was a volcanic eruption Eyjafjallajökull that led to emission about 250 million tons of finely divided particles in the atmosphere, having stopped air traffic in Europe. A year later there was a volcanic eruption Grimsvyotn which also broke air traffic, though in much smaller scales. But, despite these two events, scientists note that the common frequency of emergence of clouds of a volcanic ash over Northern Europe in general rather low.

According to doctor Ivan Savov from Lidsky university, it is necessary to have as much as possible data to give sure estimates — it was the purpose of scientists in this work. The leading author of a research doctor Lise Watson added that reliable estimates of frequency of loss of a volcanic ash will help airlines, to insurance companies and tourists to reduce the economic losses and inconveniences caused by ashes loss in the future.

Written records about loss of ashes in Europe are dated only several centuries therefore scientists need to investigate a surrounding medium to understand a long-term tendetion of emergence of similar events. There is a database with exemplars which show time and the place of loss of ashes in the past, but Watson and her colleagues wanted to check whether there are in these data gaps.

They explored the bottom of swamps and lakes in England, Wales, Sweden and Poland that, having studied ground deposits to try to find traces of the tiny glassy chips called tefry — the material which is thrown out in air by a volcano and then settled on the earth. Everywhere, where there took place researches, scientists found new layers of ashes that speaks about gaps in contemporary records. It can be bound to the fact that data more reflect the latest scientific works, than the actual cases of a dispelling of a volcanic ash.

For many studied layers of ashes compliances of a tefra and the istorichesikh of records about eruptions were found. The research found confirmations to 84 cases of distribution of ashes over Northern Europe for more than 7 thousand years. Generally its origin — Icelandic though the Russian and Alaskan traces are also looked through.

Studying records for the last 1000, scientists established that losses happen on average time in 44 years, plus or minus 7 years. At the same time there is one chance from five that the dangerous cloud of ashes can arise in any decade. According to Savov to make statistical model operation, many data on different eruptions, but about earlier events much less particular information are necessary. Nevertheless, scientists have rather larger database about eruptions for the last 1000 therefore the model is based on this period.