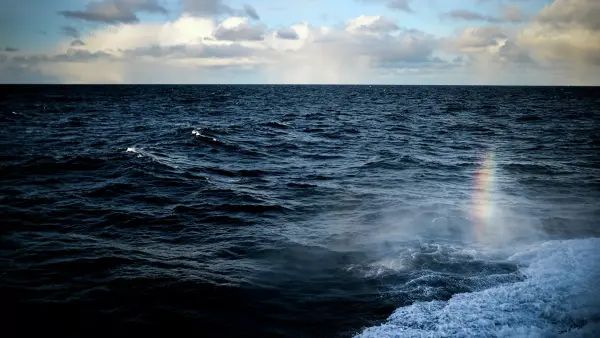 Oceanologists have uncovered the reason for the seasonal changes in the nature of the eddies in the Arctic, which have remained a mystery for many years. The research results are published in the Journal of Physical Oceanography.

Large eddies in the ocean act like atmospheric cyclones: they stir the water column, carry heat and nutrients around the planet. But, if in most oceans eddies are manifested at all depths, and most of all – on the surface, then in the Arctic Ocean the picture is different.

In summer, eddies in the Arctic are similar to similar processes in other parts of the oceans, and in winter they subside near the surface, sinking to a depth of 50 meters or more. This seasonal change in Arctic ocean eddy activity has puzzled scientists for decades.

Now American oceanographers from the Massachusetts Institute of Technology (MIT), along with colleagues from France and Norway, have found an explanation for the mysterious ocean turbulence in the Arctic. It turned out that the reason lies in the forces of ice friction and ocean stratification.

By simulating the physics of the ocean, scientists have found that ice acts as a frictional brake in winter, slowing down surface waters and preventing them from turning into turbulent eddies. At the same time, at depths of 50 to 300 meters, the denser salt layers of the ocean continue to mix throughout the year.

“In most of the ocean, these eddies extend to the surface,” said one of the study’s authors, oceanography professor John Marshall, in an MIT press release. boats dangling at depth and do not rise to the surface. “