Scientists explained the origin of the mysterious noise from meteorites 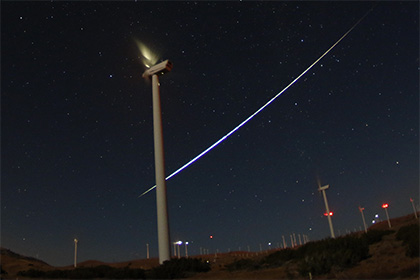 American scientists from Sandia national laboratories in new Mexico explained why people hear the noise during the fall of meteors, although the sound should reach them only a few minutes due to the large distances.

Experts have suggested that bright light emerging from the combustion space of the body, causes an increase in the temperature of absorbing radiation of ground objects that are dielectric transducers. These include sheets, hair or clothes. Due to the increase in temperature near them there are vibrations in the air that are perceived by the eyewitnesses as noise.

To test their theory, researchers studied photos and videos from meteors and measured the intensity of emitted light. They then calculated the noise which is produced by various terrestrial objects.

Making the necessary calculations, the scientists conducted an experiment, generating a bright flash and observing whether certain materials to emit a sound similar to the one that you hear observers of meteors. According to the researchers, the results showed that their photoacoustic hypothesis.