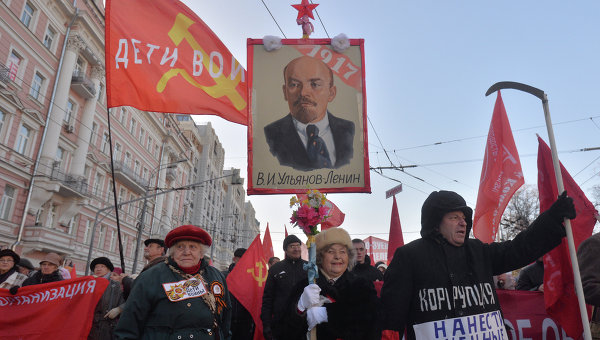 The red color sometimes makes people not stop and retreat, but rather to rebel against the accepted norms, if these “revolutionaries” are predisposed or are disposed to seek the thrill, said in an article published in the journal of Consumer Psychology.

“Red and the stop signs are not always able to help the campaigns for anti-Smoking or safe sex promotion. In such cases, the red background framing the medical slogans may not be effective on thrill-seekers, and on the contrary, to force them to do quite the opposite,” said Ravi Mehta (Ravi Mehta of the University of Illinois in Champaign (USA).

According to Mehta, his group had discovered the secret of the success of all the revolutionary red banners completely random – they asked for the help of the Dutch non-profit organization serving the helpline for children aged 8 to 18 years, who could call to trust or to talk about their problems with the help of web chat.

Very often, according to representatives of the NGO, the services of this trust was not the culprit, entertain yourself by hanging out with child psychologists at the expense of taxpayers. The share of such jokers in the number of line users has reached 15%, and therefore employees of the organization appealed for help to another group of psychologists, who advised them to change the background color in the chat window with blue and white to red, to scare off the culprit, as red is the color of authority and law-abiding behavior.

How to tell the scientists, this has led to the opposite results – the proportion of former President rose to 22%, forcing NGOs to seek help to the team Mehta and his colleagues. They were interested in this unusual behavior of “trolls” and tried to figure out why the color red makes “rebellion” against social norms more attractive, by observing the behaviour of students in two small experiments.

Within them, the scientists conducted a small poll among students and users of Amazon Turk for their propensity to illegal behavior and thrill seeking. The background color in the program, which brings questions on the computer screen, for some of the participants were white, others red. In one of the variations of this survey were “accidentally” included a message from health services, recommending the use of sunscreen when beach trips, as well as issues concerning the relationship of these people to the remedy of the body.

Both of these experiments showed that the red color did students and residents network more prone to disobedience and actions that violate the law and norms of society, if they were initially inclined to take risks and search of dangerous thrills. People who were more prone to life, on the contrary, became less inclined to “revolutionary trait”, if you saw the color red.

For this reason, scientists recommend to abandon the use of the color red to promote the rejection of drugs, cigarettes, swimming in the wrong place or of unsafe sex among high-risk groups. “Normal” people will not do it all, and without such warnings, and the most vulnerable categories of the population, predisposed to risk, on the contrary, will be more likely to do so, as want social services if they see their warning on a red background.