Scientists fear wasps could cause plane crashes in Australia 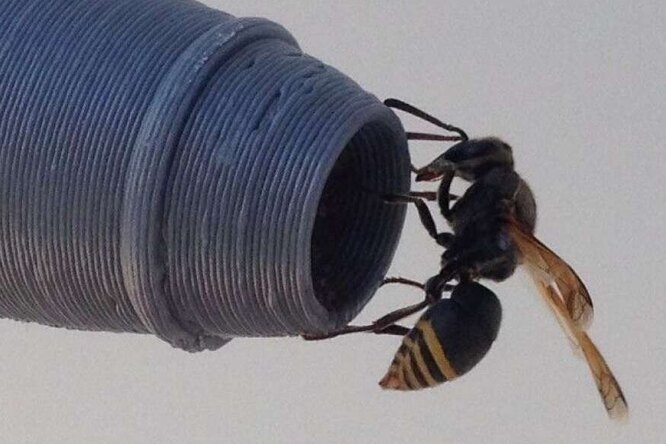 Solitary wasps most often create nests in tiny holes in the environment. In nature, they choose trees, but in cities – structures built by people. As it turns out, these wasps also create nests in the most important onboard devices used to measure the speed of aircraft. At first glance, this is okay, but a tiny hornet’s nest can cause disaster.

The new study, to be published in PLOS ONE next week, examines the magnitude of the problem with lone wasps (Pachodynerus nasidens) blocking pitot tubes – part of sensors that measure takeoff and landing speeds – in Australian planes.

The problem was first encountered in November 2013, when an Airbus A330 was preparing to take off, but was forced to make an emergency landing. Then the Pitot tubes showed different speeds. After a safe landing, it turned out that one of the tubes was clogged with sand and mud – components of a solitary wasp’s nest.

The researchers found that 26 wasp-related problems were reported at Brisbane Airport between November 2013 and April 2019. For a detailed study of the problem, scientists installed several 3D-printed pitot tubes at the airport. For three years of observation, they recorded 93 cases of blockage of these tubes by hornets’ nests.

For single wasps, the home territory is South and Central America. However, as highlighted in the study, this species only recently crossed the Pacific Ocean and became invasive in Australia. Scientists are calling for more effective ways to control and potentially eradicate solitary wasps.