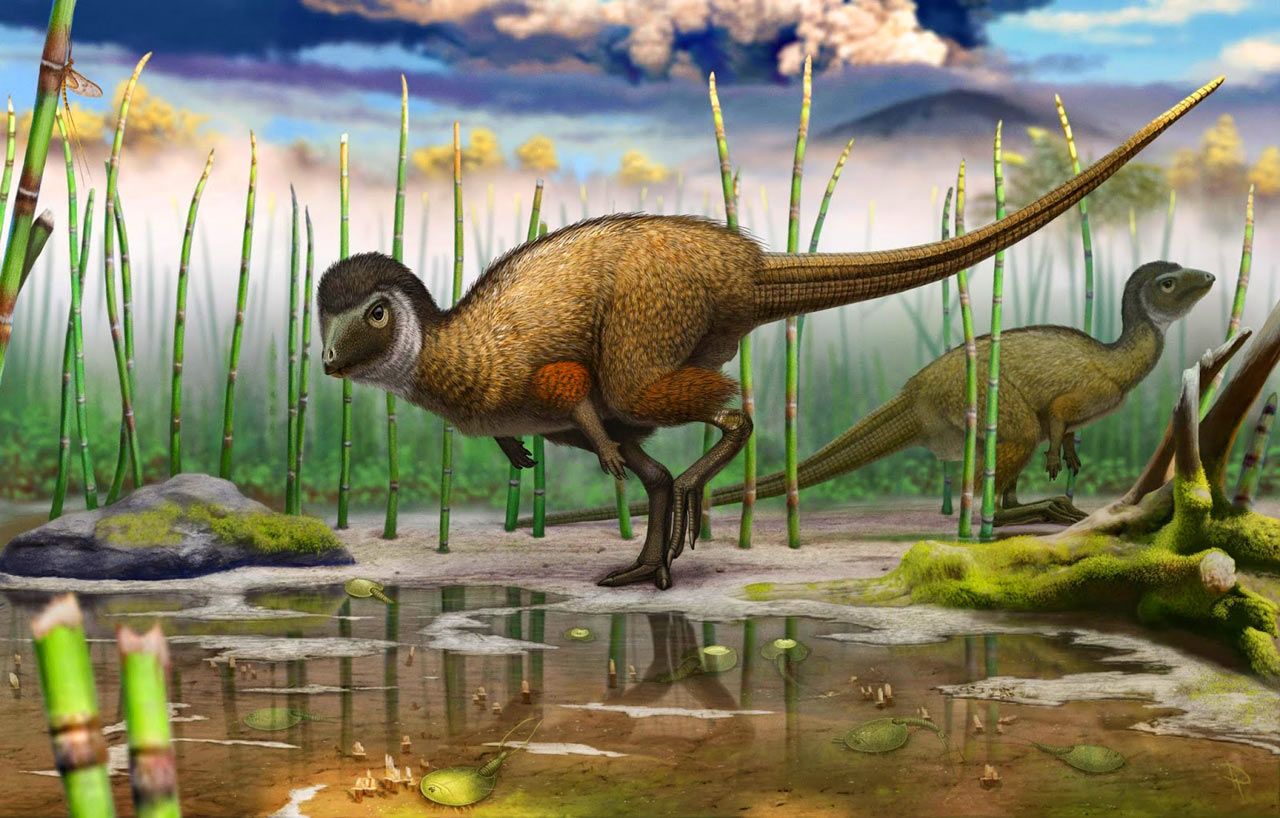 The development of feather cover began long before the appearance of the first birds and “real” dinosaurs of the Jurassic period – about 250 million years ago.

A group of Bristol University professor Michael Benton conducted a survey of paleontological and genetic data on the development of feathers in ancient dinosaurs and birds. In an article published in the journal Trends in Ecology & Evolution, scientists summarize that feathers appeared much earlier than birds – over 80 million years – and for a long time had nothing to do with flight.

“The oldest bird is still Archeopteryx, the first found remains of which belong to the late Jurassic period,” says Michael Benton. “Although some remains later found in China are somewhat older.” However, in the same China over the past decades, hundreds of finds of much more ancient dinosaurs have been made, having feathers no worse than those of birds.

Feathers themselves are formed from strong proteins, beta keratins, and genetic changes associated with their synthesis by skin cells, the authors attribute to the beginning of the Triassic period, about 250 million years ago. In that era, the rapid development of land animals occurred, they mastered complex and effective ways of movement (including on two limbs), and improved the regulation of body temperature. Apparently, the development of the feather cover, which provided thermal insulation to ancient arc ghosts even 80 million years before the first birds appeared, is connected with this.

Among the examples, the authors cite Kulindadromeus (Kulindadromeus), discovered in 2010 in the Trans-Baikal Territory. The bipedal herbivorous dinosaur was covered not only with proteri, but already demonstrated different forms of feather-like structures on different parts of the body. It is important that Kulindadromeus was related to bird-catching, not theropods, which are considered to be the ancestors of birds. This suggests that the feathers were still peculiar to their distant ancestors and appeared, perhaps, about 250 million years ago.