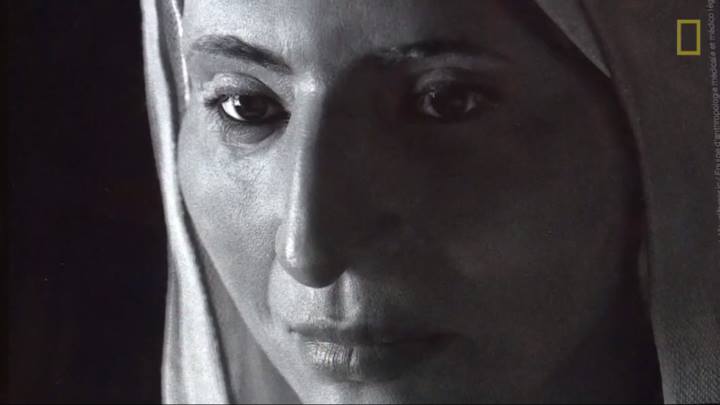 On the skull allegedly owned by Mary Magdalene, the scientist and artist restored her appearance during her lifetime.

The skull is stored in the French city of Saint-Maximin-la-Sainte-Boom. It is for certain unknown who he belonged to, but in the tradition of the Catholic Church he is credited with Mary Magdalene.

“We are not sure that this is the true skull of the Magdalene,” says Philippe Charlier, an expert in physical anthropology from Versailles University. “But it was very important to get her out of anonymity.”

Together with the criminalist Philippe Frosch Charlier made the reconstruction of the face of the Magdalene. Researchers have collected more than 500 photographs of the skull, made from different angles. Based on the images, they created a three-dimensional computer model of the skull, which took into account the size and features of its structure.

The researchers found that the skull belonged to a woman of Mediterranean origin, who was about 50 years old. The shape of the nose and other features they calculated based on gender, age and ethnicity.

The photos of the hair found on the skull made it clear that the woman had dark brown hair. The skin tone was determined based on the shades commonly found among Mediterranean women.

Researchers hope that in the future the Catholic Church will allow immediate access to the remains. In this case, it will be possible to conduct a carbon analysis and refine the age of the bones, as well as DNA tests that will determine the geographical origin.

Mary Magdalene is a Christian saint. In Orthodoxy, she is revered as a Myrrh-bearer, and in the tradition of the Catholic Church for a long time it has been accepted to identify with her the image of a repenting harlot.