Scientists figured out when the ancestors of humans and Neanderthals divided 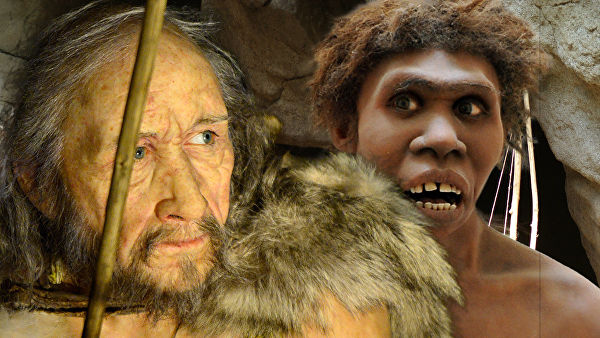 Small differences in the structure of the teeth of Cro-Magnon and Neanderthals helped paleontologists to find out that their evolutionary paths diverged unexpectedly early, about 1200-800 thousand years ago. These findings were presented in the journal Science Advances.

“If the ancestors of humans and Neanderthals separated later than 800 thousand years ago, then their teeth changed unusually quickly. Of course, this is possible if they were forced to quickly adapt to radically new types of food. It’s easier to assume that their evolutionary paths diverged slightly earlier “- says Aida Gomez-Roblez (Aida Gomez-Robles) from the University College of London (UK).

Despite the resemblance, modern people and Neanderthals developed in completely different ways. The ancestors of modern humans and Neanderthals, as scientists had previously thought, divided about 650 thousand years ago, and the former remained to live in Africa and gradually colonized it, while the latter migrated to the north and settled Europe and Asia.

For a long time it was believed that people and Neanderthals did not unite, but in 2009, scientists restored the genome of the first “natives” of Europe and found that the DNA of most modern people, in addition to Africans, contains about 2-3% of Neanderthal genes. This fact led scientists to guess when and how contacts between ancestors of humans and Neanderthals could flow and why traces of their DNA were preserved in our genome.

The first murder and crime in the history of mankind could have happened 430 thousand years ago – the remains of an ancient proto-man, found in Spain, testify that their owner was killed by a tribesman with a blow of a tool in the face that broke the skull.

Answers to these questions Gomez-Roblez and her colleagues, as well as dozens of other research groups, are looking for the famous Spanish cave Atapuerca, located in northern Spain, on the slopes of the mountains of the same name.

She became the object of attention of paleontologists back in 1976, when the remains of ancient people were first found there. There were so many of them that they quickly began to call her “Sim de los Usesos”, which means “bone pit” in Spanish. Over thirty years of excavation, about four thousand bones and three dozen complete skeletons of people were found here, including the remains of a “Heidelberg man”, the supposed ancestor of Neanderthals.

An analysis of their genome showed that the ancestors of Neanderthals and Cro-Magnons separated about 700 thousand years ago, much earlier than paleontologists had assumed in the past. This led anthropologists to look for other evidence of their unexpectedly early isolation or the refutation of the findings of geneticists.

Gomez-Roblez confirmed this hypothesis and found other evidence that the evolutionary paths of our ancestors and their “cousins” had diverged for a very long time. To do this, she studied and compared the structure of the teeth of Neanderthals and other hominin found in the “pit of bones” and other sites of ancient people.

How are people’s teeth related to their evolution? The teeth of mammals, in contrast to birds, amphibians and reptiles, are a peculiar species “passport”. Each species has its own set of incisors, canines and molars, which are adapted for feeding certain foods. This makes it quite easy to distinguish one species of animals from another and even calculate the speed of their evolution.

Guided by this idea, Gomez-Roblez compared the device of the teeth of Neanderthals, Cro-Magnons, Heidelberg people and more ancient hominin, and used these data to compile the tree of the evolution of the genus Homo.

“The teeth of people who lived in the Atapuerca cave about 400 thousand years ago differed significantly in their form from the masticatory apparatus of other common ancestors of Neanderthals and Cro-Magnons. This means that they evolved for a very long time separately from all other members of our kind, without which such serious differences would not appear, “continues Gomez-Roblez.

The oddities in the DNA structure of Neanderthals from the famous “bone pit” in Spain showed that the ancestors of modern humans and their “cousins” in the form of Neanderthals and Denisovans were divided unexpectedly early, about 700 thousand years ago.

Her calculations show that the last common ancestor of Neanderthals, inhabitants of Sima de los Usesos and Cro-Magnon lived on Earth no later than 800 thousand years ago, and not earlier than 1.2 million years ago. In this case, the speed of evolution of both its teeth and the teeth of earlier representatives of the genus Homo fit into the values ​​predicted by the theory of evolution.

Such an discovery, as the anthropologist notes, calls into question all theories linking the emergence of Cro-Magnon and Neanderthals with a Heidelberg man and other members of the genus Homo, who appeared relatively recently. Most likely, they were either subspecies of Neanderthals, like Homo heidelbergensis, or direct relatives only of our ancestors, concludes Gomez-Roblez.