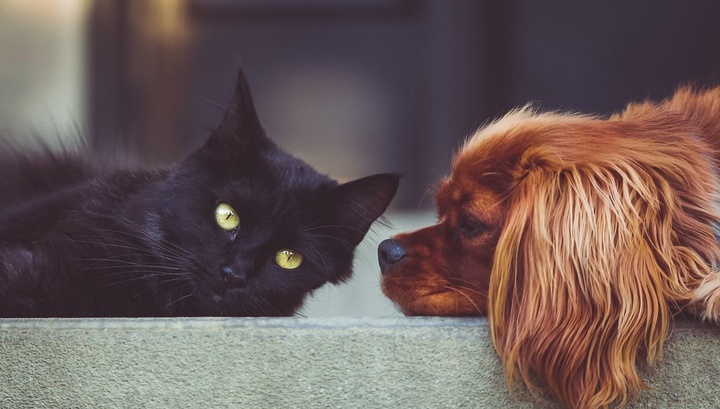 Lovers of pets do not get tired of arguing about who is still nicer, more sociable and cleverer – cats or dogs. Many arguments are favored in favor of the latter: dogs differ in that they perfectly understand people, recognize human mimicry, and are even ready to share with the owner their fears.

Cats are always considered to be more independent beings, but this does not detract from their merits. For example, it is proved that these animals also like to communicate with people, and for the children’s psyche, they, contrary to popular beliefs, are harmless.

Despite all these data, it is rather difficult to answer the question, who is cleverer, because of the abstract nature of the intellect. And yet, scientists from the University of Vanderbilt (USA) decided to sort out subtle matter.

During the new work, they conducted a quantitative assessment of neurons in the cerebral cortex of cats and dogs. Cells of gray matter, as scientists explain, are associated with thinking, planning and complex behavioral skills – all these are signs of intelligence.

The authors calculated the number of cortical neurons (belonging to the cortex of the cerebral hemispheres) of cats and dogs, as well as some other animals. It turned out that the dogs of these cells are much larger.

The author of the new method Suzana Herculano-Houzel notes that in dogs her team counted 530 million cortical neurons, and in cats – about 250 million (for comparison: in humans this number leaves 16 billion on average).
“I believe that the number of neurons in the brain of an animal, and especially in the cerebral cortex, determines the wealth of its inner psychic world.” Dogs have the ability to perform much more complex activities than cats, and now we have data that can become an argument in disputes about who is smarter, “- says Herculane-Ousel (by the way, a convinced dogman).

For the purity of the experiment, she, along with her colleagues, studied, as already mentioned, the brains of other animals. Among them were both domesticated and wild individuals of different sizes – ferret, mongoose, raccoon, hyena, lion and brown bear. 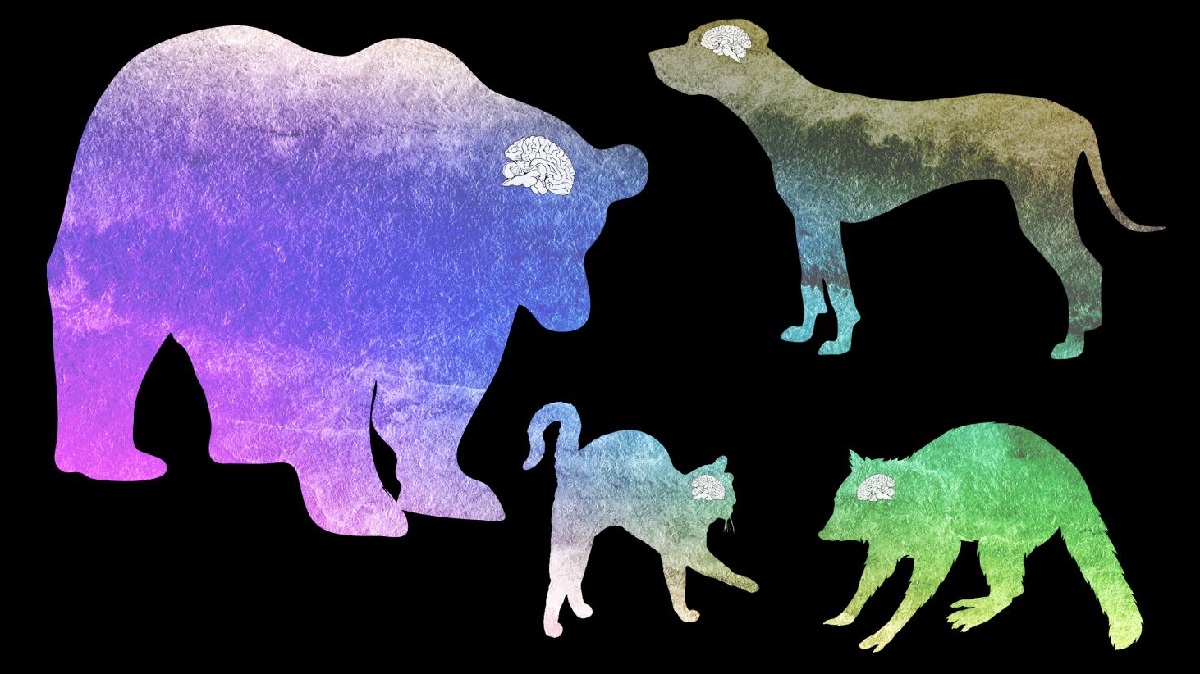 Researchers expected that in the cerebral cortex of carnivorous animals there will be more neurons compared to animals, which often become their victims. This is due to the fact that hunting requires large cognitive abilities (strategy development, planning).

But in reality everything turned out differently. The ratio of neurons with brain size in predators and herbivores was approximately the same. Probably, this is due to the fact that the latter also have to “strain their brains” so as not to become easy prey, scientists believe.

This feature is explained by the fact that the brain is the most important consumer of calories in the body: it needs to be fed continuously, and its requests are directly proportional to the number of neurons. Hunting also requires a lot of energy, but it does not always end successfully. In other words, predators can not be sure that they are waiting for a hearty meal, so they have adapted most of the time to rest (to sleep, digest prey). Their body receives enough calories, but the brain with a large number of neurons – no. Therefore, evolution “reduced” the number of neurons in the brains of large predators.

By the way, it would be logical to assume that pets who live a carefree life and do not worry about finding food should have fewer neurons. But it was not so. The ratio of neurons in ferrets, cats and dogs is not much different from that of their wild relatives – mongooses, raccoons, hyenas and lions.

And raccoons, among other things, surprised also by the fact that when the size of the brain as a cat has almost the same number of neurons as dogs. It seems that they were underestimated, the authors say.

In their opinion, the main conclusion of the study published in Frontiers in Neuroanatomy is how little is known about the intelligence of animals. Many hypotheses turn out to be erroneous, and some species present new surprises to biologists.