Scientists for the first time raised an artificial placenta 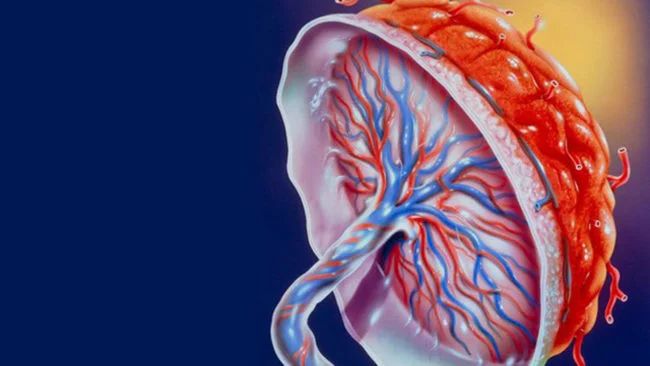 The creation of artificial organs does not always affect the field of transplantology. Sometimes it is necessary to conduct various studies and even no less serious scientific research. For example, recently a team of scientists from the University of Cambridge announced that they were the first in the world to create an artificial placenta. Moreover, this success of scientists will help in many areas that go beyond the processes of maturation and development of the fetus.

According to scientists, an artificial organ can act like a real one during the first trimester of pregnancy. Artificial “mini-placenta” will help to understand the main causes of miscarriages, as well as to predict and model processes that can lead to preeclampsia and stillbirth. Small artificial organs will be used to understand how tissues develop in a normal pregnancy, as well as what goes wrong when natural processes are disturbed.

“Now we can start experimenting with how placental development occurs in the natural environment. Previously, this was not possible, as the legislation forbids such experiments on humans, and the placenta of animals works in a completely different way. ”Said Ashley Moffett, a senior researcher and professor of reproductive medicine and immunology at the University of Cambridge.

To create an artificial organ, scientists used the villi of the tissues of this placenta. They are combined into multicellular structures capable of secreting proteins and hormones, as in normal pregnancy. At the same time, scientists can easily vary the size of an organ from 0.1 millimeter to half a meter or more.

As already mentioned, scientists want to use organs to study common complications of pregnancy. In addition, “mini-placenta” will also help to understand how certain infections affect the development of the fetus. The potential opportunity to grow people with the help of an artificial placenta is out of the question.