Scientists found molten metal in the most rare diamonds 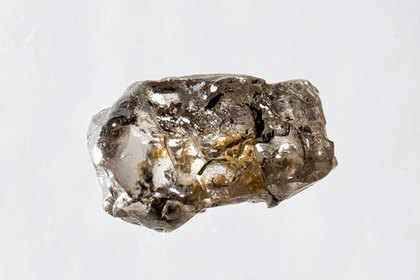 The group of the American scientists could establish an origin of the largest diamonds, such as Kullinan and Kokhinor.

Thanks to the analysis of exemplars of diamonds, scientists established that they are formed in 360-750 kilometers underground. At the same time the majority of gemstones is formed at a depth of 150-200 kilometers.

Besides, in the studied minerals metal inclusions were found that speaks about availability of oxygen in some parts of a cloak. They represent the hardened mix of iron, nickel, carbon and sulfur, and also contain traces of a methane and Hydrogenium.

“The previous experiments and theories only foretold that at a depth about 250 kilometers a small amount of metal contains and there is an access to oxygen. Now, after detection of metal inclusions and Hydrogenium with a methane, we can confirm this theory” — the leading author of a research Evan Smith declared.

Experts noted that these exemplars of diamonds are usually inaccessible for researches in view of their high price. According to them, opening is essential for a comprehension of circulation of carbon and Hydrogenium in a cloak.